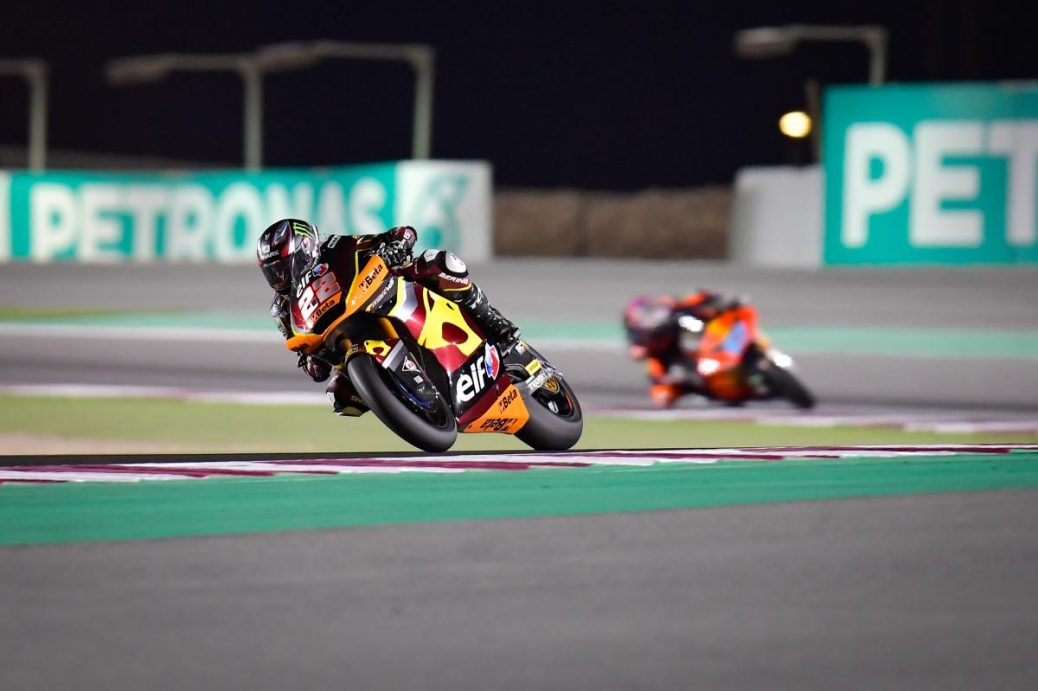 Can anyone catch Lowes at Losail?

Not since 1979 has a British rider won the opening race of a Grand Prix season, but Sam Lowes (Elf Marc VDS Racing Team) did just that in 2021 and in some style. The best candidate based on the first race of the year is Remy Gardner (Red Bull KTM Ajo), as the Australian had the best pace to rival the Brit – he just started further back. The rookie sensation spent a lot of his first ever Moto2™ race fighting for the podium, and as his experience increases, his pace and race management likely will too. The TISSOT Grand Prix of Doha sees the intermediate class race round Losail again on Sunday the 4th of April, with Lowes aiming to complete the double from 18:20 (GMT +3).