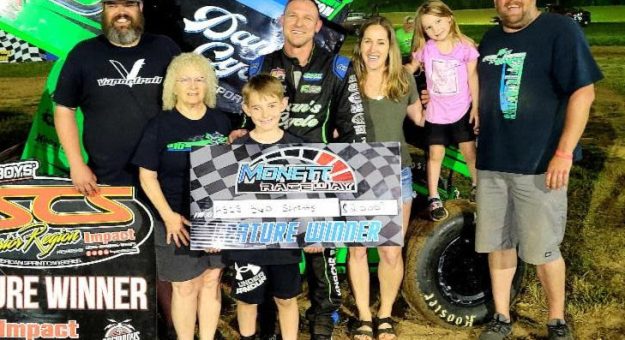 — Earning his first win of the season on Friday night, Wichita’s Jeremy Campbell parked his No. 10c on the frontstretch at Monett Motor Speedway with the American Bank of Oklahoma ASCS Sooner Region presented by Smiley’s Racing Products and ASCS Warrior Region presented by Impact Signs, Awnings and Wraps. The second year in a row the Kansas racer has topped action at the three-eighths-mile oval, Campbell chased Matt Covington the opening seven revolutions until the No. Putting Campbell to the point, the race ended up coming to an end with a green, white, checkered dash on lap 14 after several teams suffered cut tires. Challenged by Miles Paulus through the final two laps, Campbell fended off the No.