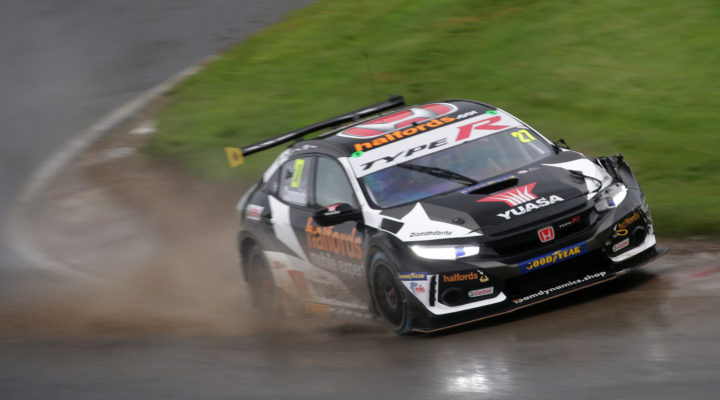 Halfords Yuasa Racing man Dan Cammish pulled out all the stops in his Drivers’ title bid as the delayed 2020 Kwik Fit British Touring Car Championship reached its finale at Brands Hatch on Sunday (15th November). Both rose to the conditions, with Cammish securing fourth and Neal seventh spot on the 27-car grid for race one. Despite regaining the final podium spot, the result still left the Honda man 20 points in arrears of Sutton, with only 22 available from the final race. The reverse grid draw for the final race put Cammish’s Honda back in ninth grid spot, for a race he needed to win to have any hope of snatching the title. And Neal forced his way up to 14th in the final race, scoring two vital points to secure Honda a clean sweep of the day’s manufacturer awards. At the end of a challenging BTCC season, Cammish had once again taken his title chase to the final race.