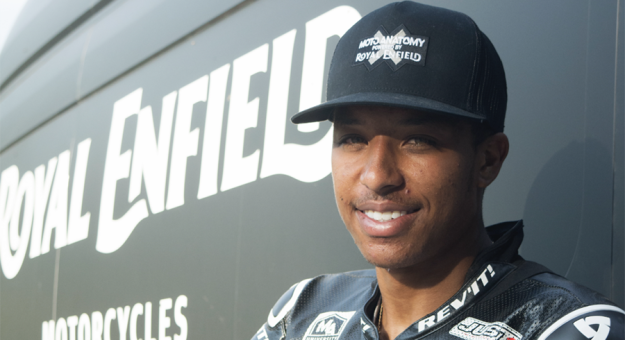 Cameron Smith To Fill In For Injured Johnny Lewis

– After sustaining a knee injury at the Laconia Short Track round of the American Flat Track Series, Moto Anatomy X’s Johnny Lewis will not be suiting up for the upcoming rounds of the championship. Smith will race aboard the Royal Enfield Twins FT motorcycle at both the New York Short Track at Weedsport Raceway on July 2 and the Port Royal Half-Mile in Pennsylvania on July 16. “I’m definitely excited to be running the Royal Enfield at the New York Short Track and Port Royal—that’s my home race,” says Smith. “I trained Cameron when he was 11, 12 years old, and on and off in the last few years,” said Lewis. Lewis and the Moto Anatomy X crew also have utmost confidence in the Twins FT motorcycle, which they have been dedicated to developing with Royal Enfield.