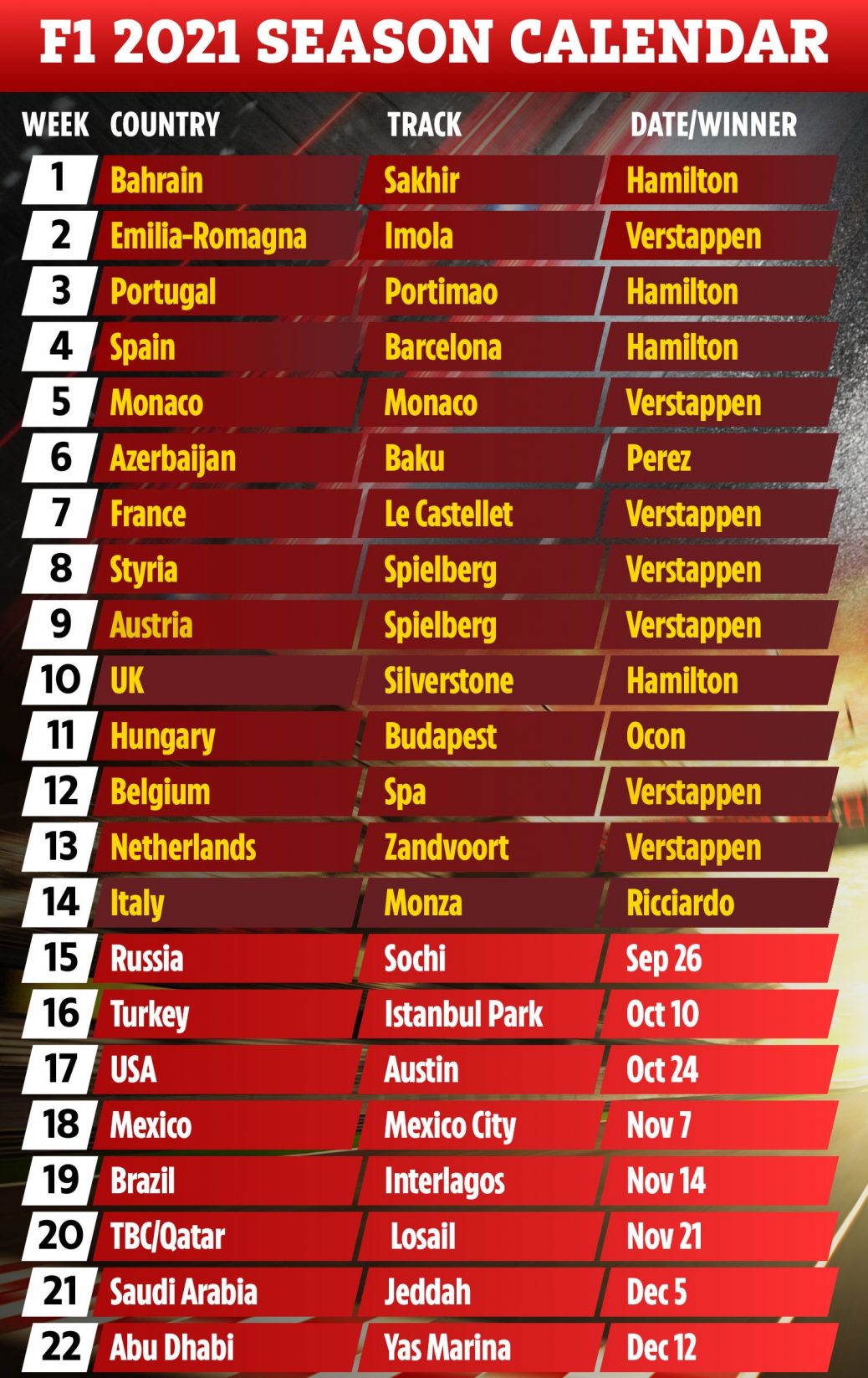 calendar 2021: Grand Prix times, schedule, tracks with Russia NEXT followed by Turkey but Round 20 still ‘TBC’

FORMULA ONE race organisers have had a mad scramble this year to get all their races in order. The Japanese Grand Prix is the latest race to get axed from the F1 calendar, following on from Singapore and Australia, while there remains a vacant slot in Round 20 after Melbourne backed out. In a season that has already seen shifts and changes to the calendar, the Australian Grand Prix was due to take place on the weekend of March 21, but was put back to November 21. And in April the world governing body approved sprint races in the British, Brazilian and Italian Grand Prix as a replacement for qualifying. Here is how the F1 calendar unfolds in 2021 with our race by race schedule.