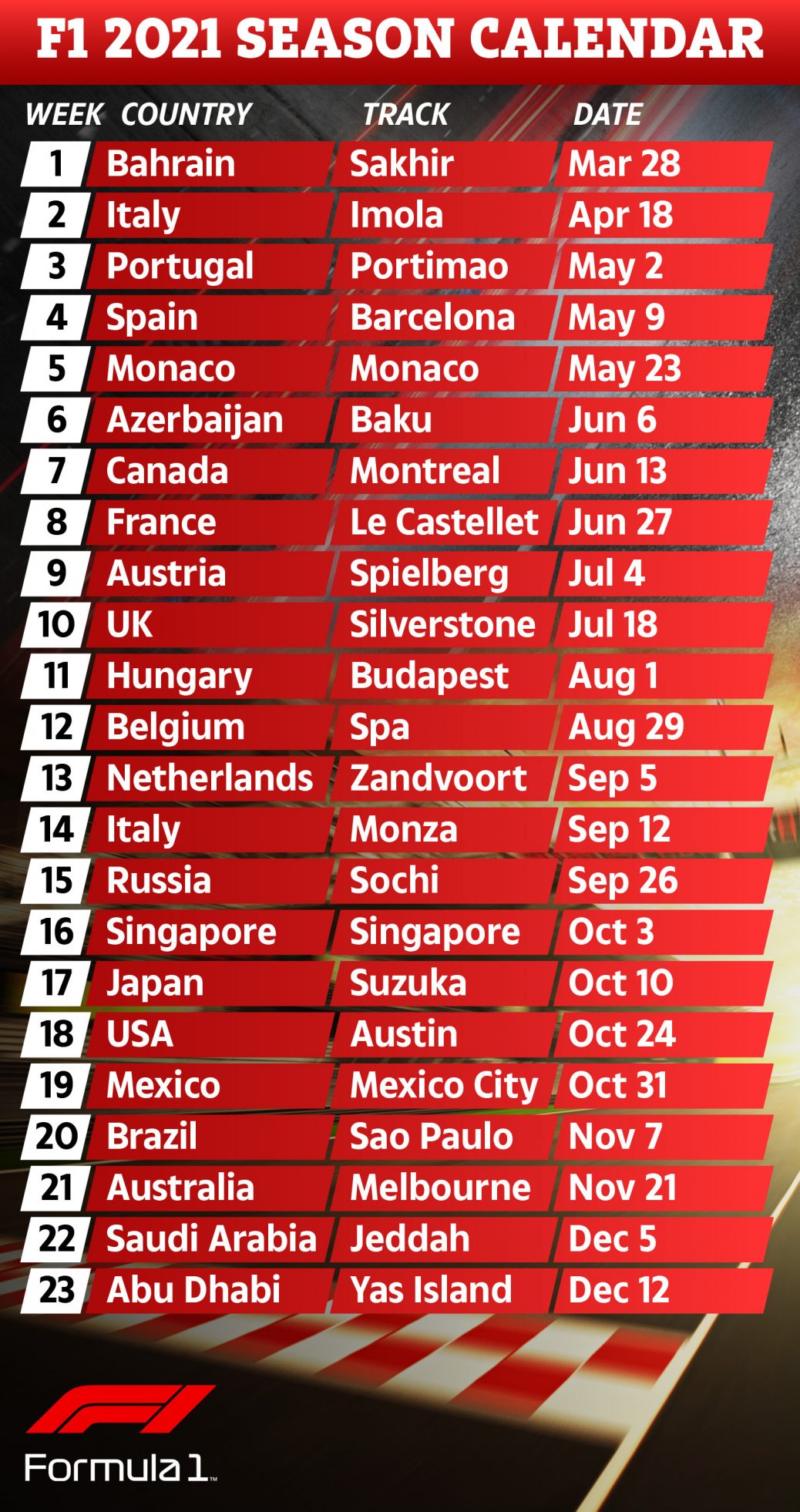 THE Formula 1 season is upon us once again – and Lewis Hamilton is going for his record EIGHTH world title. The Brit, 36, moved level with Michael Schumacher on seven world titles last year and will become the outright top dog if he collects the most points across this season’s races. Hamilton and his fellow drivers begin the 2021 calendar schedule in March, with the season ending 23 races later in December. Turkey and China are still hoping to host races in 2021, meaning the calendar could be expanded and Saudi Arabia is awaiting official approval of its circuit as the season gets under way. Here is how the F1 calendar unfolds in 2021 with our race by race schedule.