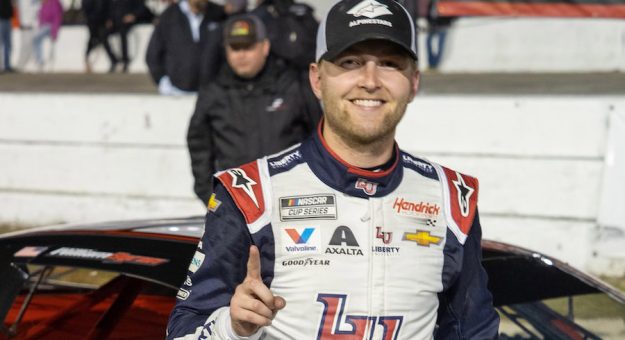 Byron Puts Money In The Bank

MARNE, Mich. — NASCAR Cup Series driver William Byron put the money in the bank Thursday night at Berlin Raceway. Byron, a two-time Cup Series winner already this season, continued his impressive super late model season by leading the final 129 laps to earn the $10,000 top prize in the Money in the Bank 150, which had been rained out the previous night. It was Byron’s fifth super late model triumph of the season. “Branden [Lines] was coaching me through it the whole time and I was trying to run a good pace with Bubba [Pollard]. Byron beat late model superstar Bubba Pollard to the checkered flag by 3.669 seconds on the half-mile asphalt oval.