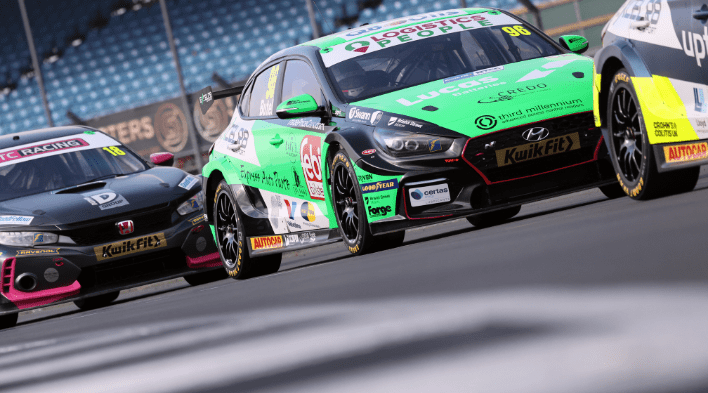 Jack Butel produced arguably the most competitive weekend of his Kwik Fit British Touring Car Championship career to date at Silverstone last weekend (25/26 September), despite just missing out on a fourth points-finish of the season.The Jersey-based racer was looking to impress after a tough outing at Croft a week earlier, and his pace was evident from the moment he hit the track for the opening practice session as he lapped 13th-fastest in his Hyundai i30 Fastback N.Things went even better for the EXCELR8 with TradePriceCars.com driver in the second session as he set the tenth-best time, leaving the 25-year-old in confident mood going into qualifying.Butel ended up qualifying in 19th place on the grid for the opening race, which marked the best result of his career to date.Adding his best sector times together, Butel’s theoretical fastest time would have seen him set the fourth-quickest lap and being promoted into the second phase of qualifying.Undeterred, he headed into race day hopeful of fighting forwards into the points and his impressive pace continued as he set the fastest time of any driver through the first sector of the lap.Dicing on track with BTCC race winner Tom Chilton and current championship contender Jake Hill, Butel would finish the race in 18th spot – little over a second away from the points.Butel then went even closer to the points in race two, where he consistently showed top ten pace en route to 16th place, although fortune wouldn’t be on his side in race three as he lost places whilst forced to take avoiding action after a clash between two rival drivers resulted in a car spinning into his path.A 23rd-place finish was little reward for his effort, although there remained plenty of positives to take away from the weekend.“Although I have scored points and taken a Jack Sears Trophy win this season, I think this has been the most satisfying weekend I’ve had so far,” said Butel.