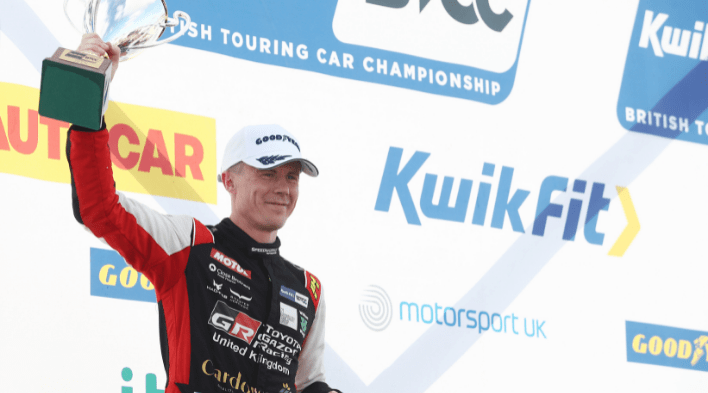 Rory Butcher has the biggest prize in national motor racing firmly in his sights in 2022, after recommitting to Toyota Gazoo Racing UK for a second consecutive campaign in the Kwik Fit British Touring Car Championship.A former Independents’ Champion and Jack Sears Trophy winner, Butcher has been a consistent contender in recent seasons, and last year – his first behind the wheel of the Toyota Corolla GR Sport – he further consolidated his status as one of the BTCC’s leading lights.A trio of victories – including a commanding double at Silverstone – increased the Scotsman’s career tally to nine. It inevitably took him a little bit of time to feel completely comfortable in the Toyota, but he was on the podium in only his second weekend in the car and took a brilliant first win at Oulton Park – helping us to break our bad luck hoodoo at our home track – and over the second half of the campaign, he was a match for anybody else out there.“Although he has only been competing in the series for a handful of years, Rory undoubtedly has all the qualities required to be a BTCC champion, and we look forward to fighting for many more victories together over the coming months.”“I’m absolutely delighted to be returning to the BTCC for my fifth full season in the championship,” added Butcher.