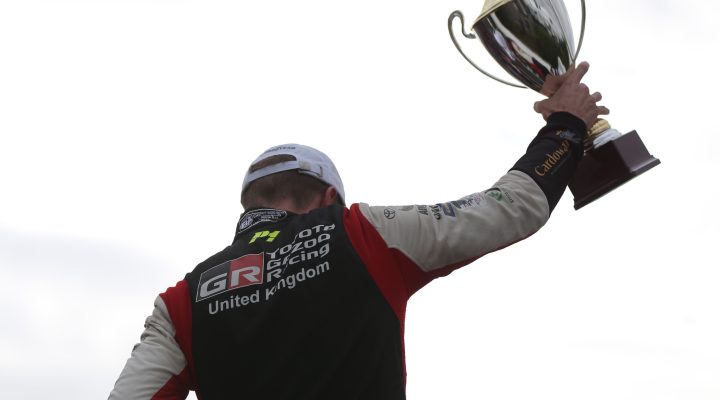 Rory Butcher has paid tribute to ‘a fantastic effort’ by the entire Toyota GAZOO Racing UK crew in the Kwik Fit British Touring Car Championship at Croft last weekend (25/26 June), after converting a difficult qualifying into a race day celebration with a podium finish in the finale. “Croft is a circuit of two halves that require different attributes from the car,” said Butcher. I had no choice but to take a few risks in race one – since it’s not easy to overtake at Croft, you really need to make the most of the first lap – and we emerged from Turn Two in seventh. “The Corolla felt good at Croft, and while I never really got the lap together in qualifying, race one was going well. “I’ve got to say, if we’d started the weekend with the car we had after race two, I have no doubt we’d have been much further up the order.