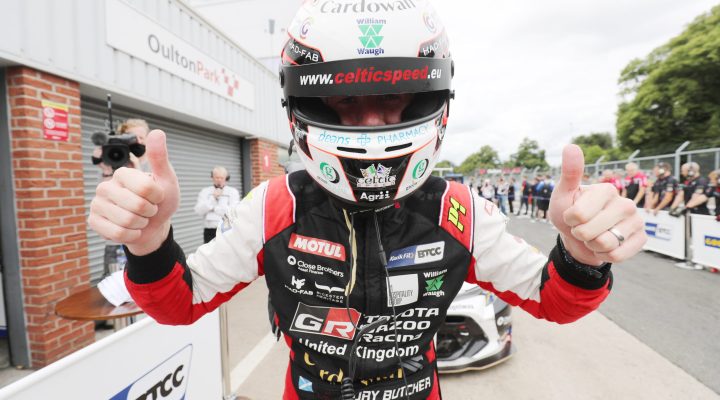 BUTCHER GETS THAT WINNING FEELING ON SPEEDWORKS’ HOME SOIL

It has been, by his own admission, a ‘tough’ start to the 2021 Kwik Fit British Touring Car Championship season for Rory Butcher in his maiden campaign with Toyota Gazoo Racing UK, but a brilliant victory at Oulton Park last weekend (31 July/1 August) ignited the Scot’s title challenge and proved that a corner has well-and-truly been turned. I went into qualifying in optimistic mood, and managed to piece together a very good lap on my second run. Onwards and upwards!” “After lapping quickly in all conditions in practice, I was really angry with myself at the end of qualifying, even though it was my best starting spot of the season so far,” admitted Smelt. We were fast in races one and three, but my mistake on the first lap of race one put us on the back foot for the rest of the day. “The tyres went off quickly in race two which left me hanging on a bit, but on the softs in race three, the Corolla felt really strong.