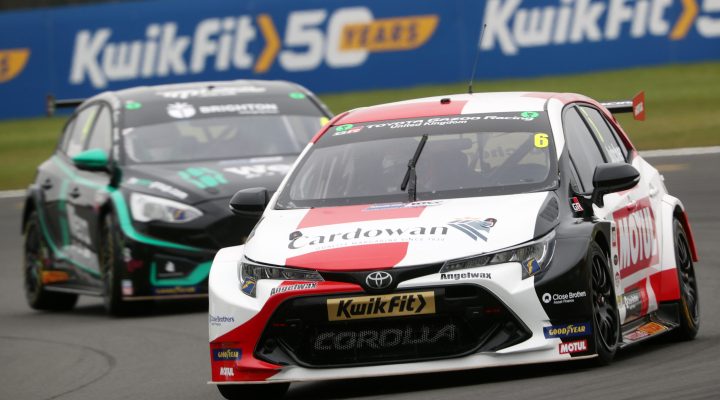 The Scotsman – running in his relatively ballast-free Toyota Corolla – set the pace during both practice sessions, before going on to top the times in the first segment of qualifying, setting up a potential clean sweep going into the showdown. With time running out in the all-important ten-minute finale, the #6 Speedworks Motorsport-run machine flashed past the Silverstone grandstands one last time to snatch pole position in the closing moments. A marginally reduced window to record initial lap times took place, before the top ten fastest competitors at the end of the 25-minute session were rewarded with the opportunity to clinch P1 on the grid during a ten-minute pole position showdown. The showdown itself produced a frenetic flurry of laps where positions changed at almost every moment.