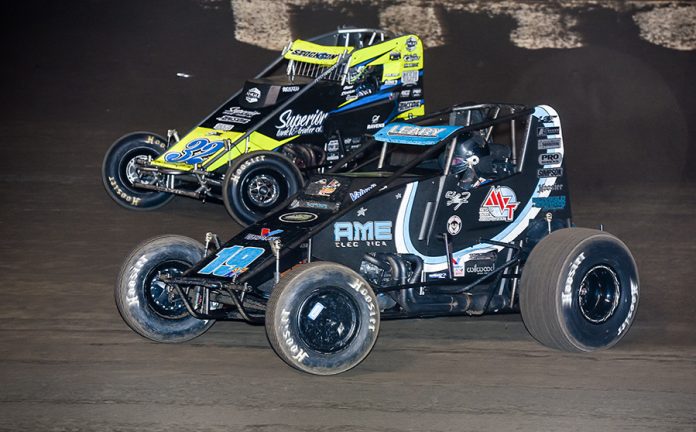 PERRIS, Calif. – Perris Auto Speedway promoter Don Kazarian has released the full racing schedule for the 25th anniversary season at the Riverside County clay oval. The brand new SoCal Sportsman Sprint Car Series will make its debut at the annual Salute to Indy, which will also feature the USAC/CRA and PAS Senior Sprints, on May 22. The first Campfest will include the USAC/CRA Sprints, Senior Sprints and So Cal Sportsman Sprints on July 16-17. The 25th Oval Nationals presented by All Coast Construction on Nov. 4-6 will conclude the 2021 sprint car campaign. All three nights will be full shows for the combined USAC National Sprint Car, USAC/CRA Sprint Car and USAC Southwest Sprint Car fields. Official rules for the new SoCal Sportsman Sprint Car Series will be published on or before Jan. 2.