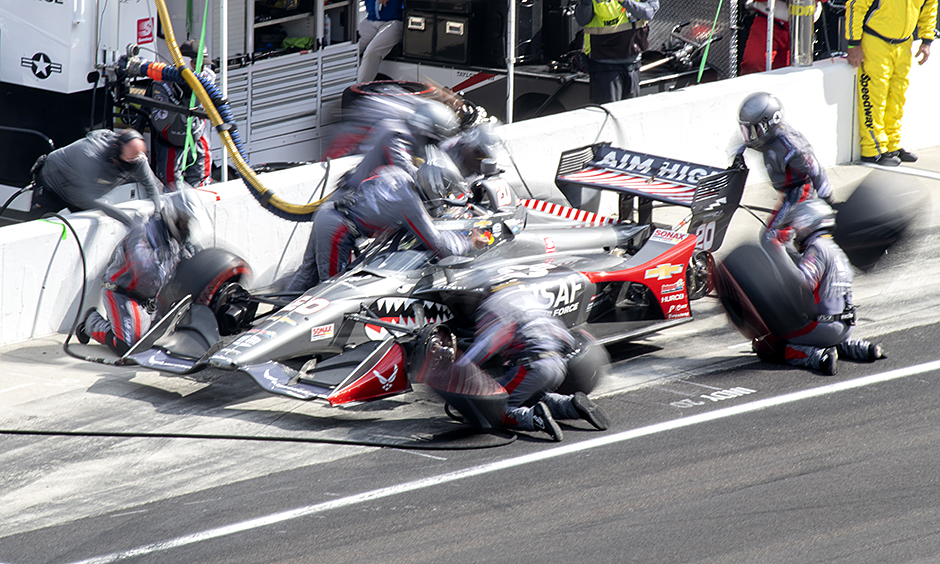 Jeffrey Richter likes to use a banking analogy in his approach to working with pit crews for NTT INDYCAR SERIES teams Ed Carpenter Racing, Andretti Autosport and Arrow McLaren SP. The offseason, which generally runs from the end of September through the Christmas break, is used to make aggressive deposits into an account. But instead of money, it’s the workout program for the pit crews for each of these teams. To use Ed Carpenter Racing as an example, Richter designs the pit crew workout schedule. “In the offseason and preseason, we are trying to put more on the plate from physical preparation,” Richter said. The offseason workout program helps to identify and replenish what each crew member may have lost during the season. The intent is to take the base that was created during the offseason workout and get these crew members ready to compete. “We are very intentional about the type of physical adaptation we are trying to get the guys to get,” Richter said. “In the offseason, that is different than the preseason.