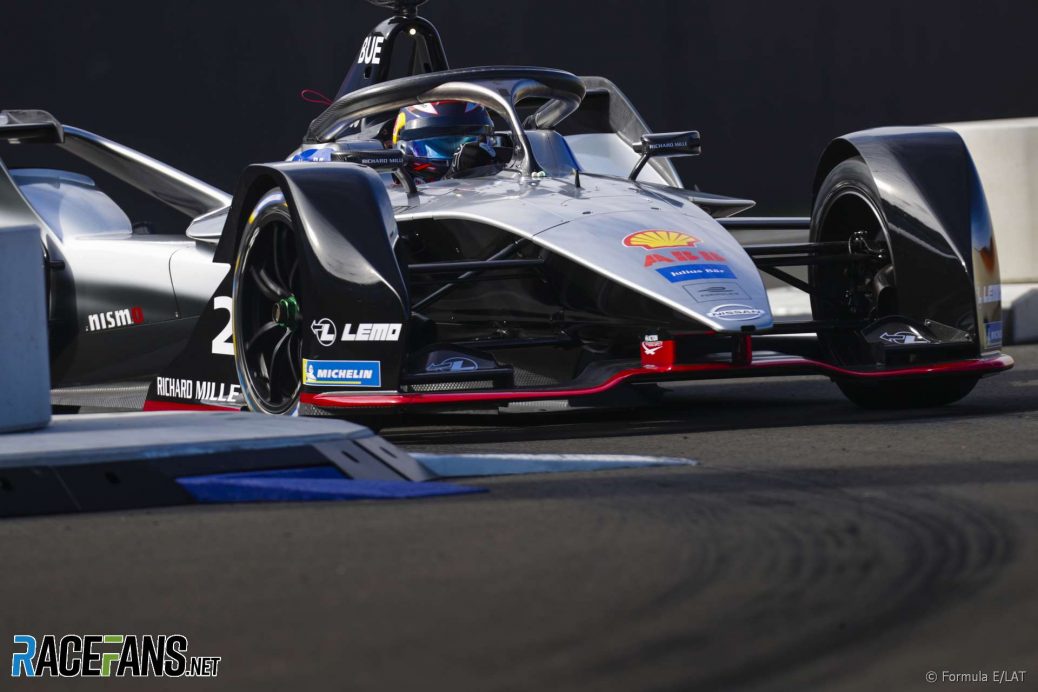 Sebastien Buemi scored Nissan’s first Formula E win in a race which saw the championship fight go down to the final round.
A safety car was Vergne’s only hope of recovering into a points position – which came when Alex Lynn, who had continued to fight with Buemi, was forced to stop on track and retire following a failure warning on his car.
Di Grassi goes into the final race of the season now only 12 points behind Vergne, with only Evans and Buemi also remaining in title contention otherwise – 25 and 26 points behind the leader.