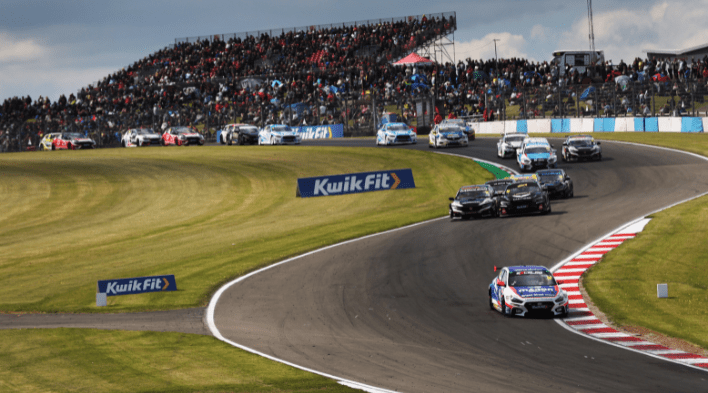 BTCC up in lights at Brands Hatch

The Kwik Fit British Touring Car Championship blasts into Brands Hatch next weekend (14/15 May) for the second race weekend of its all-new Hybrid Era.The new season began at Donington Park last month when three different race winners highlighted the ultra-competitiveness of the UK’s premier motorsport series, and now the BTCC heads to the shortest track on the calendar – the action-packed Brands Hatch Indy circuit.Tom Ingram (Bristol Street Motors with EXCELR8 TradePriceCars.com), Gordon Shedden (Halfords Racing with Cataclean) and Jake Hill (ROKiT MB Motorsport) shared the spoils in the season opener, whilst an incredible seven drivers filled the podium positions.Brands Hatch is arguably the ‘spiritual home’ of the BTCC, having held more races than any other circuit and at least one event every season since the championship’s inception back in 1958.The 1.21-mile Indy circuit often creates bumper-to-bumper racing with an astonishing 28 cars covered by less than a second during last year’s qualifying session. The event marks the first of two on the BTCC calendar which will feature not only on the home of the BTCC, ITV4, but also on ITV for a three-hour programme covering the trio of races. With itv.com/btcc set to host Saturday’s qualifying session from 1545, Sunday’s race-day action will kick off on ITV4 between 1100-1355, before ITV’s main channel takes over to host those tin-top thrills from 1400-1700.