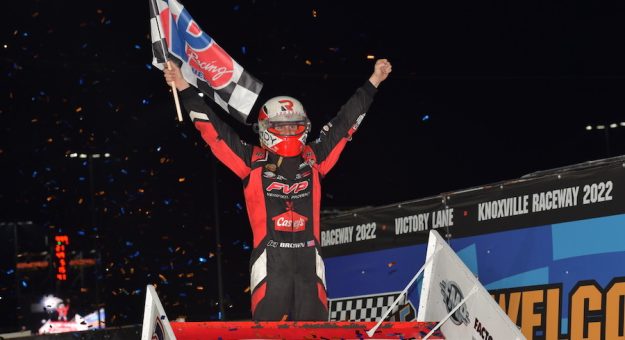 KNOXVILLE, Iowa — Fifty-nine times Brian Brown has now triumphed in a 410 sprint car at Knoxville Raceway. Lasoski, the 2001 World of Outlaws champion, has 122 victories with the series in his career, and now has one as a crew chief. “My whole career, I’ve been a really, really big fan of Brian Brown’s,” Lasoski said. “Danny has been great since he’s come on board,” Brown said. “Everybody always says, ‘Oh Brian can’t beat the Outlaws,’ or he can’t do this, or he can’t do that,” Brown said. To pull off the win, Brown had to knock-off one of the Outlaws’ very best – the three-time and defending Series champion Brad Sweet. “That move that I [used to] get by Brad there – I used that a couple weeks ago,” Brown said.