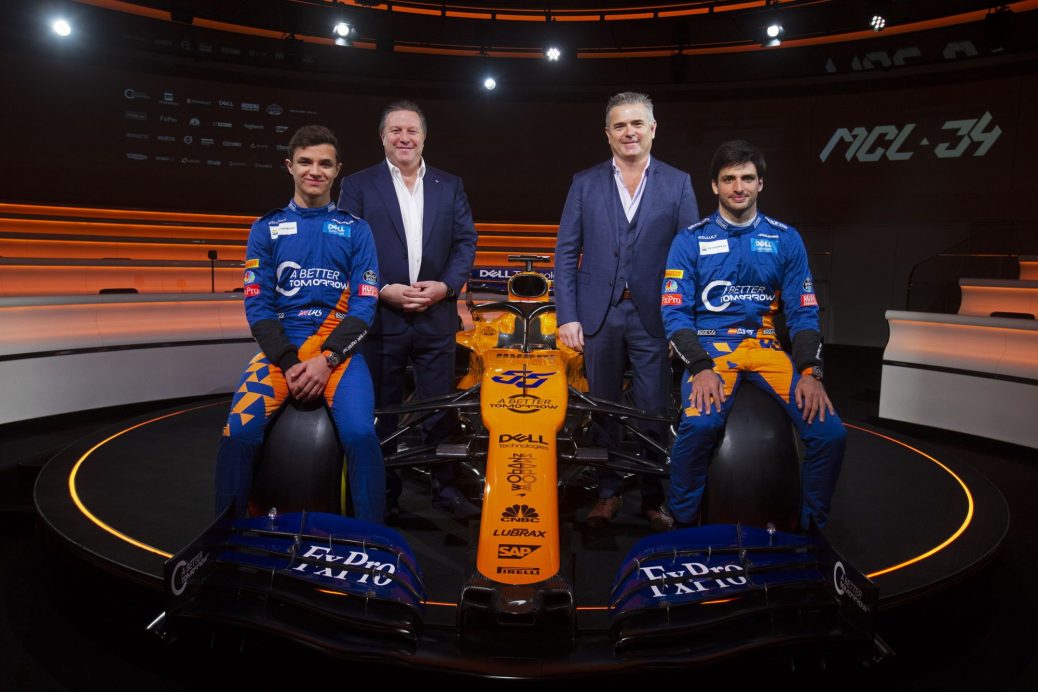 McLaren Racing CEO Zak Brown insists the upcoming 2019 season is not a make or break year for his Formula 1 outfit.
“We’re in a rebuild process and it’s going to be a journey,” Zak Brown said on Thursday as McLaren unveiled its 2019 F1 car at its Woking factory.
McLaren: “I don’t think it’s a ‘now or never’ [year] because the racing team is going to be around for a long time.”
Sainz, who joins from Renault, said setting goals for the season ahead before turning a wheel at testing would be a “big mistake”, while McLaren sporting director Gil de Ferran insisted the team is remaining humble in its approach.