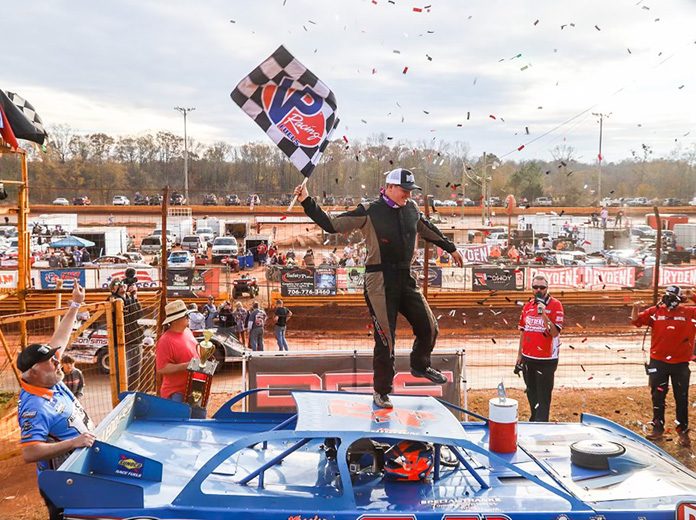 LAVONIA, Ga. – Michael Brown survived a late-race restart to earn his first Drydene Xtreme DIRTcar Series victory on Saturday afternoon at Lavonia Speedway. Brown’s first victory with the Drydene Xtreme DIRTcar Series didn’t come easy. With Brown right on his heels, he missed the bottom getting into turn three, opening the door for Brown to sneak underneath and make the pass. With Brown now out front and a clear track ahead of him, it was his race to lose. “That kid is one heck of a driver,” Brown said, recalling his battle with Smith. He chased Brown in traffic for several laps before the final caution, but said despite his confidence in the car, he did not want to see a fate similar to that of Smith for himself. “I thought we were as good as [Brown] for a long time, and then when we went by [Smith], it was apparent that he was better than us,” Collins said.