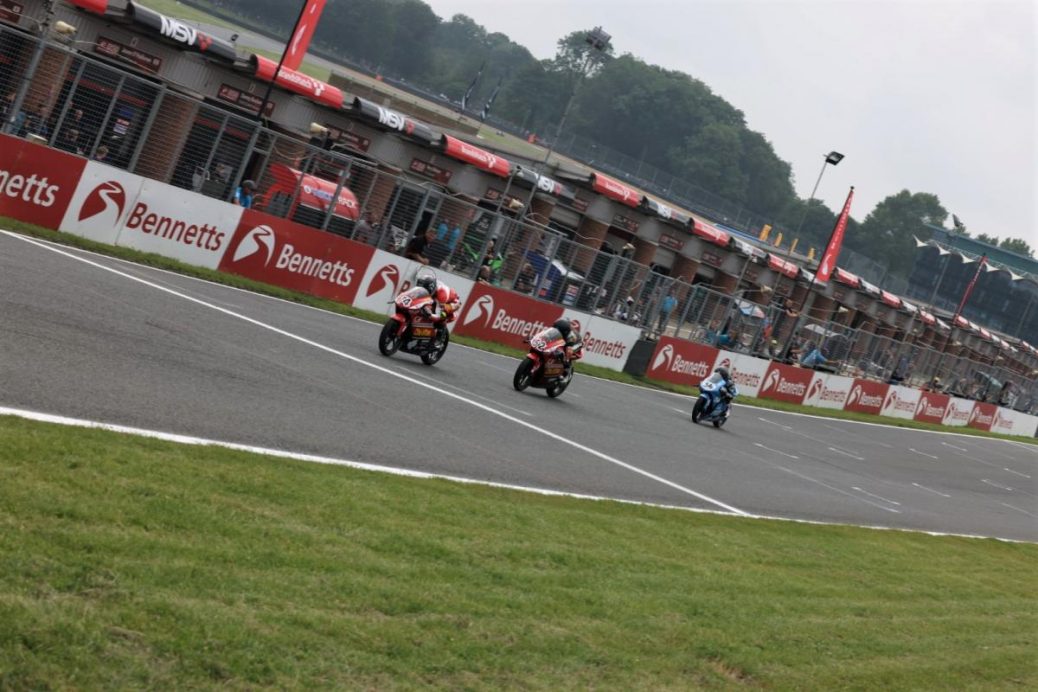 Brown beats Belford as a duel becomes a three-way battle

Carter Brown (City Lifting/RS Racing) took his first Honda British Talent Cup win of the season in Race 1 at Brands Hatch, duelling teammate Evan Belford throughout the 14-lap showdown and coming out on top by the flag. Johnny Garness (City Lifting/RS Racing) got away well to take over in third, with Cook taking fourth early on. At the front, the front duo were streaking away early but if Belford had looked ominous, Brown was right with him – and took the lead on Lap 1. It didn’t take long for a move to come either as Belford suffered a wobble and Cook struck. Heading onto the last lap it was Brown heading Cook heading Belford, but all would change before the flag. That’s it from Race 1, with plenty learned ahead of lights out on Sunday. Or can Belford, Cook or those on the chase come out swinging? We were treated to the first flag-to-flag race in four years as Jack Miller went back-to-back.