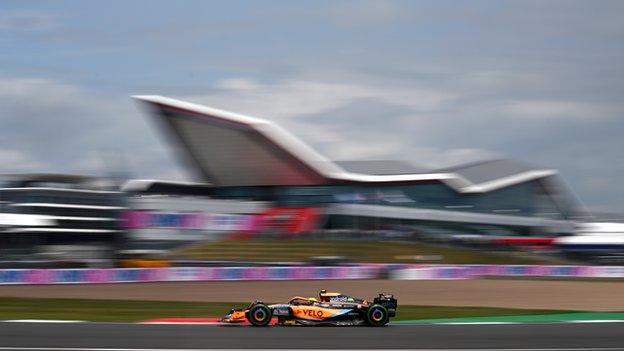 They were the only two drivers to set a lap time on dry-weather tyres at the before it was curtailed by a red flag caused by Aston Martin’s Lance Stroll. On wet tyres, Ferrari’s Carlos Sainz set the fastest time, from Bottas and the Spaniard’s team-mate Charles Leclerc, all lapping at different times so their laps could not be compared. Mercedes also expect the track characteristics at Silverstone to help them make up some ground on front-runners Red Bull and Ferrari. Red Bull and Ferrari, however, also have upgrades for the weekend – both have a new engine cover aimed at improving airflow to the rear and increasing downforce.