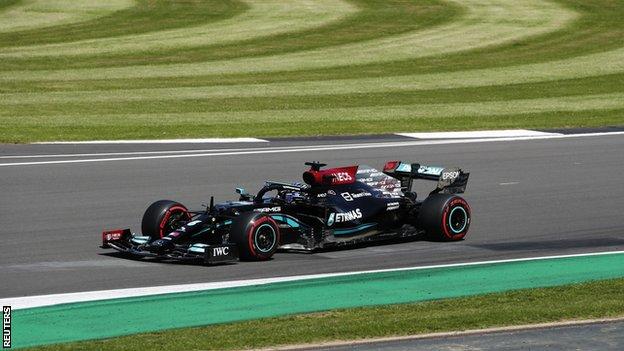 Red Bull’s Max Verstappen ended the final practice before Formula 1’s new ‘sprint’ qualifying race fastest at the British Grand Prix. Verstappen was 0.375 seconds ahead of Ferrari’s Charles Leclerc. The teams were working on race pace – both for the 17-lap sprint, at 16:30 BST, and Sunday’s Grand Prix. Lewis Hamilton, eighth fastest in this session, starts the ‘sprint’ race from pole position, ahead of title rival Max Verstappen’s Red Bull. Verstappen told BBC Sport: “It is one third of a race distance so we all stick a tyre on that will last to the end. So there is never going to be a flat-out race at the moment.