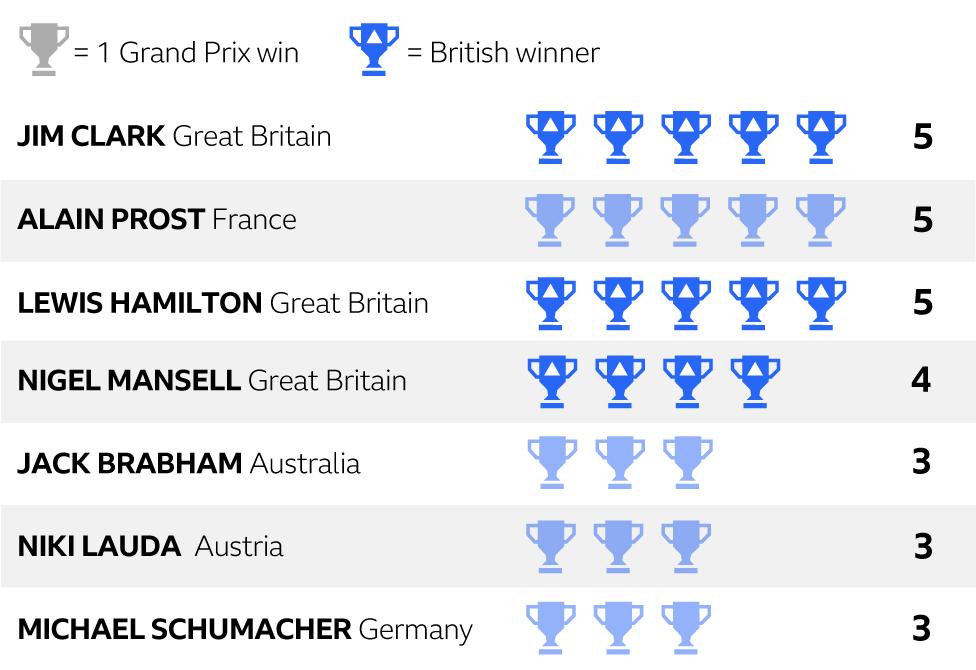 Lewis Hamilton will bid to win a record sixth British Grand Prix this weekend as the famous race celebrates its 70th edition in the Formula 1 era.
And while Ferrari have the most victories at a British Grand Prix – 17 to Mercedes’ six – few would bet against Mercedes and Hamilton getting the job done this year after a return of six wins in nine races so far.
The F1 commentary team have a special edition of the Chequered Flag podcast with Mercedes and Lewis Hamilton, while live text commentary is available to follow on the BBC Sport website and app from 09:30 BST on Friday, 12 July.