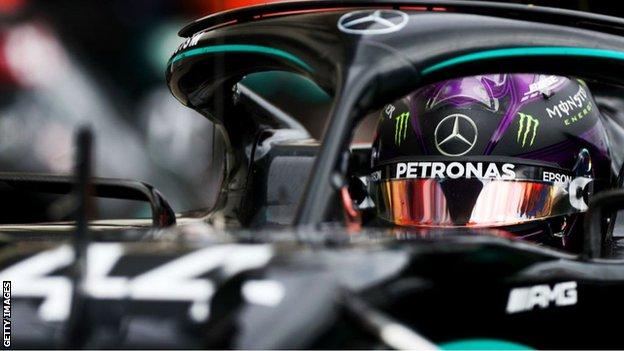 British Grand Prix: Lewis Hamilton intends to be in F1 for ‘at least another three years’

Mercedes driver Lewis Hamilton says he intends to be in Formula 1 for “at least another three years”. Hamilton is preparing for the British Grand Prix, which he has won six times. Hamilton said the enforced break caused by the coronavirus lockdown this year had refreshed him and potentially lengthened the time he could stay in F1. Hamilton and his Mercedes team-mate Valtteri Bottas head into this weekend’s British Grand Prix as strong favourites after winning all three races between them so far. But Hamilton played down the prospect of Mercedes winning every race this season. “Our goal is always to win every race, that’s what we set out to do every year,” he said.