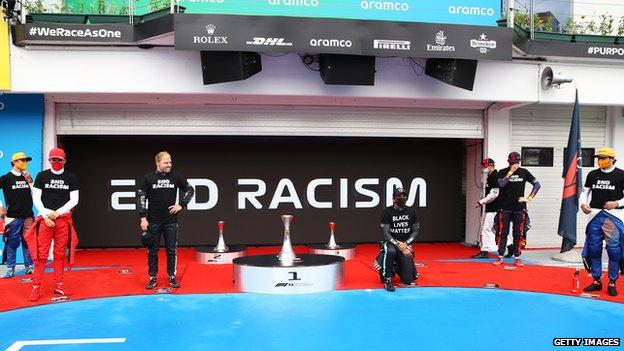 Formula 1 will organise an anti-racism protest before Sunday’s British Grand Prix following criticisms of the sport’s approach to the subject. It will allow drivers and other personnel to demonstrate their opposition to racism. Senior figures and drivers were concerned by poorly co-ordinated protests at the last two races. Hamilton said after winning in Hungary: “F1 did an OK job at the first race. Before the British Grand Prix, F1 and the FIA have told the drivers and teams that there will be a specific time for the anti-racism protest allocated in the pre-race schedule. After winning in Hungary, Hamilton said part of the problem with the chaotic protests was that “from a drivers’ point of view, many people seem to be of the opinion that they have done it once and they’re not going to do it again”.