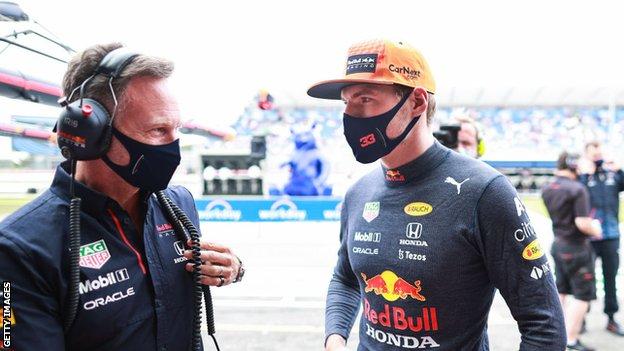 Max Verstappen’s crash with Lewis Hamilton at the British Grand Prix cost Red Bull at least $1.8m (£1.3m), team principal Christian Horner says. Horner said the loss “has massive ramifications” for this season. Horner said the team “felt at the time, and still feel now, that Hamilton was given a light penalty for this type of incident”. He added that Red Bull were still considering whether to try to take the matter further in an attempt to increase Hamilton’s penalty. Horner said Verstappen and the team were determined to try to recover the damage to their championship bid at the next race in Hungary on 1 August. “The aggressive 17-year-old F1 rookie Max Verstappen that Hamilton is referring to is not the Max Verstappen of today, just as Hamilton is not the same driver he was when he entered the sport.