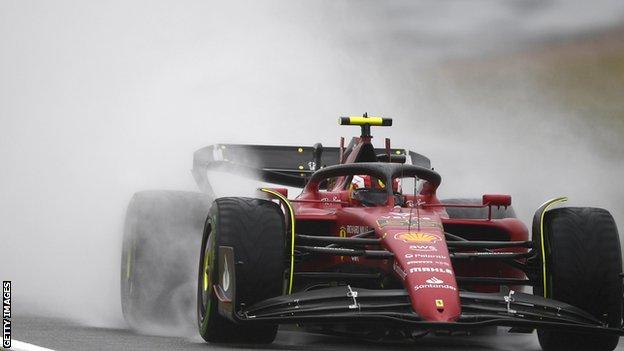 Ferrari’s Carlos Sainz snatched pole position for the British Grand Prix from Max Verstappen with the last lap of a thrilling wet qualifying session. Verstappen looked favourite for pole in treacherous conditions at Silverstone after topping the first two sessions. “That didn’t feel too good but in the end it was pole position and a bit of a surprise.”. Leclerc, too, had a spin – and his was costly, as it came on his final lap and he, like Verstappen was pushing to overhaul Sainz. But both slipped back in the final seconds of qualifying and Hamilton ended up a second off pole – further than it had looked like he would be.