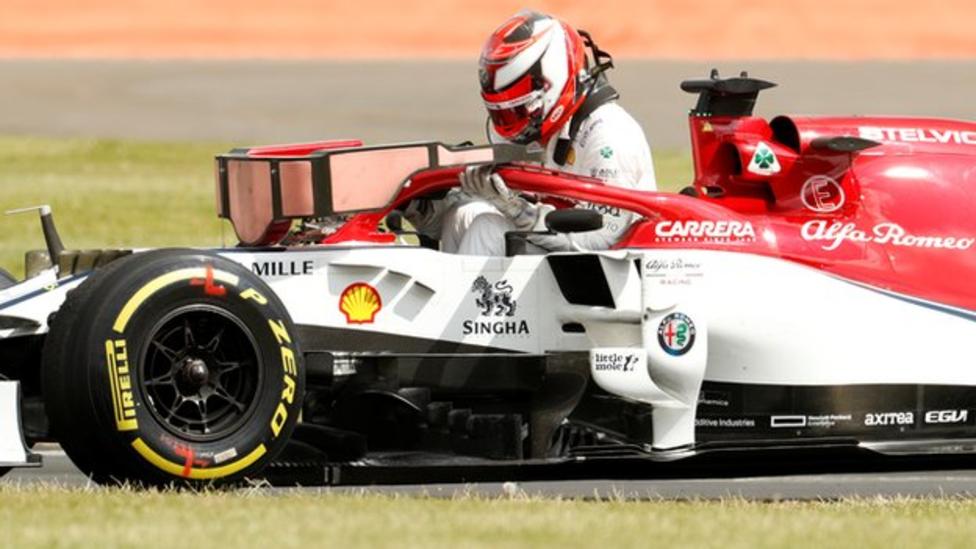 The Frenchman, who has struggled in his first season at Red Bull, went 0.476 seconds clear of Mercedes’ Valtteri Bottas with a lap late in the session.
Haas’ Romain Grosjean had the worst with a crash in the pit lane and spin.
Verstappen was another driver to lose control, this time at Becketts, and Ferrari’s Charles Leclerc, McLaren’s Lando Norris, Toro Rosso’s Alexander Albon and Williams’ George Russell all had ‘moments’ as drivers struggled with the new track surface and windy conditions.
Russell was 17th in the Williams, ahead of Alfa Romeo’s Kimi Raikkonen, whose car broke down, Grosjean and the second Williams of Robert Kubica.