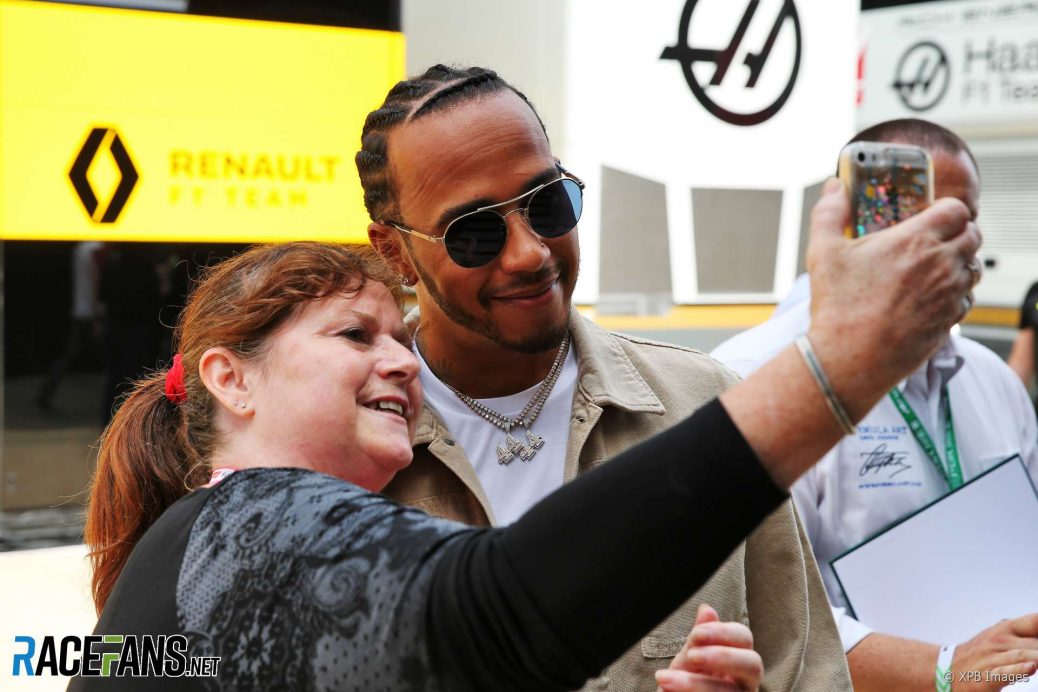 The promoters of the British Grand Prix have admitted they were concerned about the possible effect on the race of Lewis Hamilton retiring from Formula 1 earlier than expected.
The British Racing Drivers’ Club signed a 17-year deal to hold the British Grand Prix in 2009, when Hamilton was in his third season of Formula 1.
Lewis Hamilton: “There would be an impact [if Hamilton retired] but demand is so strong at the moment that we think we’re pretty well covered.”
“Sure we’d compete with [a] London [Grand Prix], that would be an issue for us.”