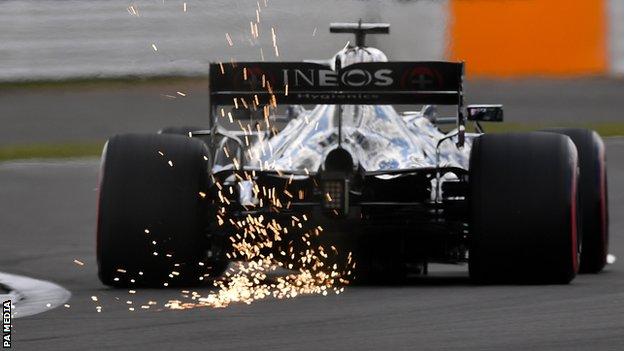 Even Lewis Hamilton’s team-mate was impressed by the world champion’s pole position lap at the British Grand Prix on Saturday. After a sticky start at the first race, Hamilton has won the past two and this was his third consecutive pole. But not only was he still 1.022secs off Hamilton’s time, he was also 0.049secs slower than the Dutchman’s own qualifying time at Silverstone last year. But after a pole lap like that, this is Hamilton’s race to lose. Racing Point’s Sergio Perez has had to miss this race after catching the virus at some point over the week and a half between leaving Hungary and arriving at Silverstone. Racing Point have so far confirmed Hulkenberg only for this race. Racing Point team principal Otmar Szafnauer has said Perez’s first test was on Wednesday, and at that point the requirement for people testing positive in the UK was to isolate only for seven days – which would make him available for the next race if he tests negative this coming week.