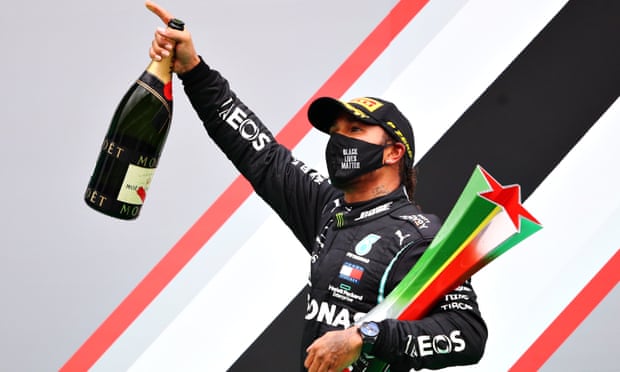 It is understood the Silverstone round is due to take place on 18 July, a week after the conclusion of the tennis and the delayed Euros. However, the race – drafted by Formula One bosses as part of a provisional 23-grand prix calendar for 2021 – will go head to head with the concluding 18 holes of golf’s Open Championship at Royal St George’s. Silverstone chiefs are keen for the 2021 British Grand Prix to be staged in front of a sell-out 140,000 fans in a campaign in which Lewis Hamilton could move ahead of Michael Schumacher with eight world championships. Both this year’s British and 70th Anniversary grands prix at the Northamptonshire venue took place behind closed doors. Next year’s record-breaking 23-round F1 calendar is due to be signed off in the coming weeks.