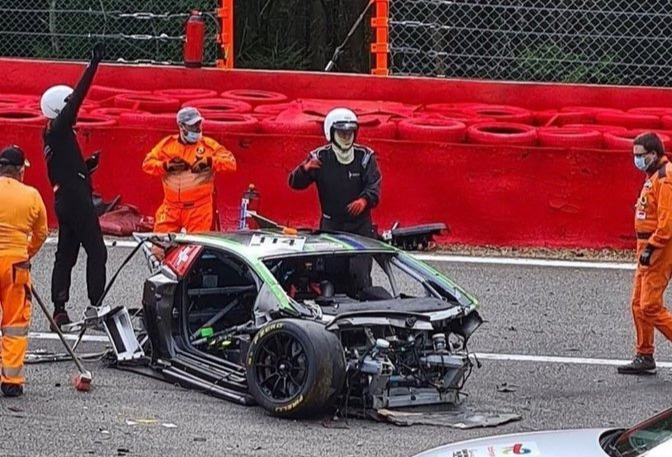 BRITISH racing driver Jack Aitken is currently in hospital following a horror high speed smash in the Spa 24 Hour race. Aitken, who is also the Williams F1 team’s reserve driver, was one of four drivers involved in the crash at the top of Eau Rouge. After an initial crash, Aitken’s car was then hit again by oncoming drivers as his vehicle lay in the road. Porsche factory driver Kevin Estre, who is driving for Team Rutronik, was also involved in the crash. “You don’t see a lot of crossover between F1 reserve drivers and GT racing, but if there’s a bit of snobbishness about it, I don’t have an issue with that.