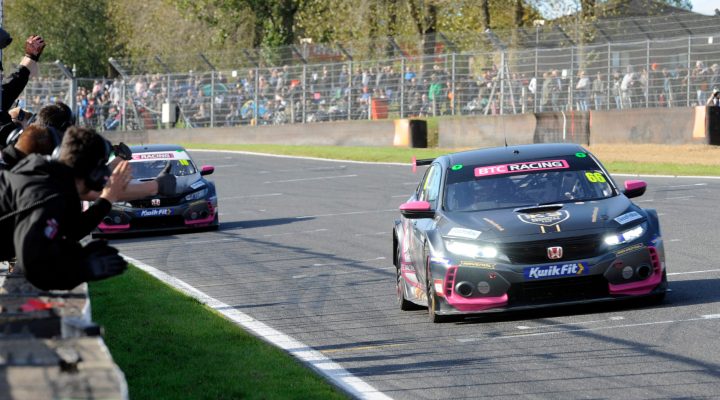 Josh Cook performed outstandingly to win Round 28 of the 2021 Kwik Fit British Touring Car Championship at Brands Hatch, although the BTC Racing man’s challenge to win the overall Drivers’ title has come to an end. But I did what I could in that race, I needed to win it and of course with Ash [Sutton] scoring points, it takes us out of what was a far-reached contention anyway. Realistically, Cook is now focussed on fighting for second in the standings, and this result will have boosted his chances with just two races of the campaign remaining. Jake Hill and Tom Ingram went bumper-to-bumper throughout the race, coming to minor blows on a number of occasions, but the MB Motorsport accelerated by Blue Square man held on to 12th from his EXCELR8 Motorsport rival. 2021 Kwik Fit British Touring Car Championship – Race 1 – Brands Hatch GP.