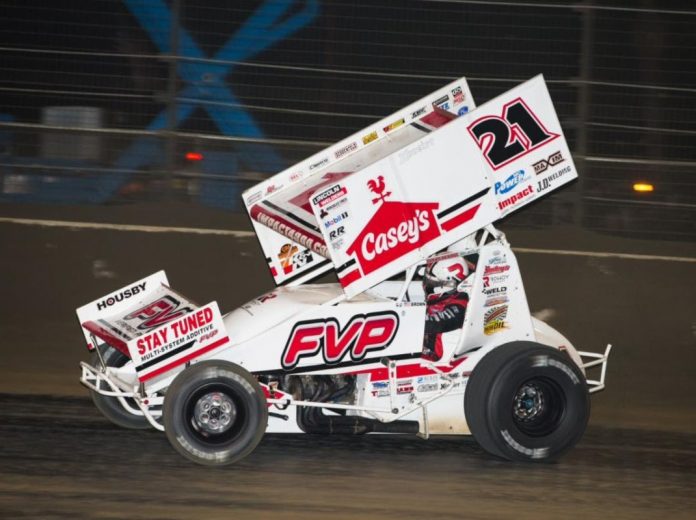 Brian Brown Amped For Outlaws’ Return To I-70

KNOXVILLE, Iowa — Brian Brown has had this weekend marked on his calendar for many months, as he targets a World of Outlaws NOS Energy Drink Sprint Car Series doubleheader close to home. “It’s the FVP Platinum Battery Showdown this weekend, so I’m looking forward to having some FVP customers and employees back at the races,” Brown tipped. Brown is coming off a DNF during a race he was leading last Saturday at Knoxville Raceway and is eager to race in front of a hometown crowd at the newly reopened I-70 dirt track. We were biding our time and weaving through traffic,” Brown added. Despite his misfortune last time out at Knoxville, Brown believes his speed bodes well for his race team, not just this weekend at I-70 but going forward into the summer months. “I’m excited we have a fast race car, especially at Knoxville,” Brown noted.