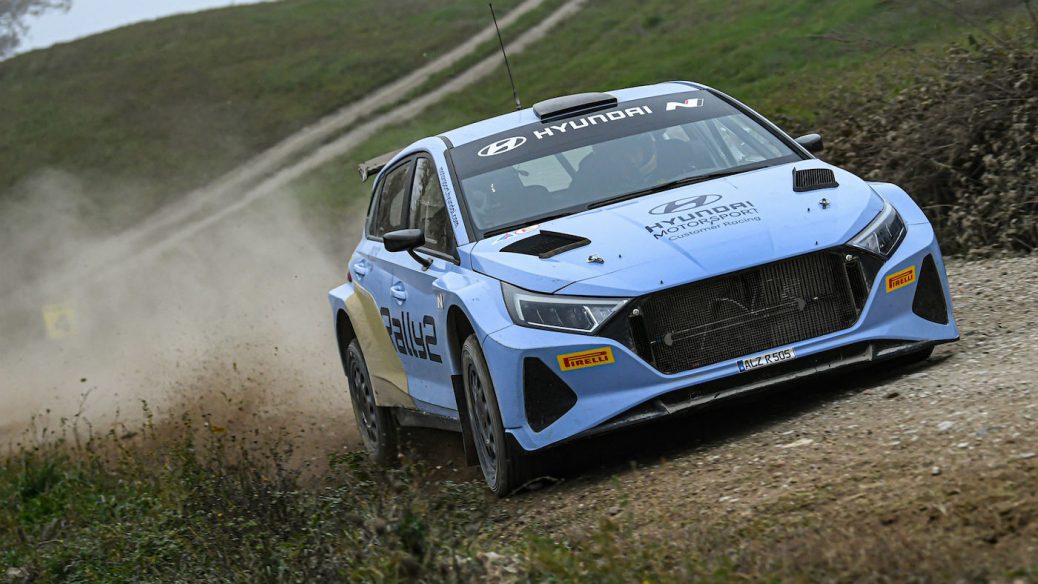 Hyundai Motorsport driver Craig Breen has praised the team’s work on its new shape i20 N Rally2 car, which is expected to debut in WRC2 and WRC3, later this year. “The feeling is very, very good from the car,” said Breen. Being a new car, there’s been the freedom to work on the geometry and that’s made a difference. When you have that, you can push that bit more and have a good feeling from the car. Working on all aspects of the car was made easier by the changeable conditions. “When,” he said, “you have dry, consistent conditions, you can tune a car to the road and just make it faster and faster, but when you have the conditions and grip levels constantly changing like this, it makes it much more complicated.