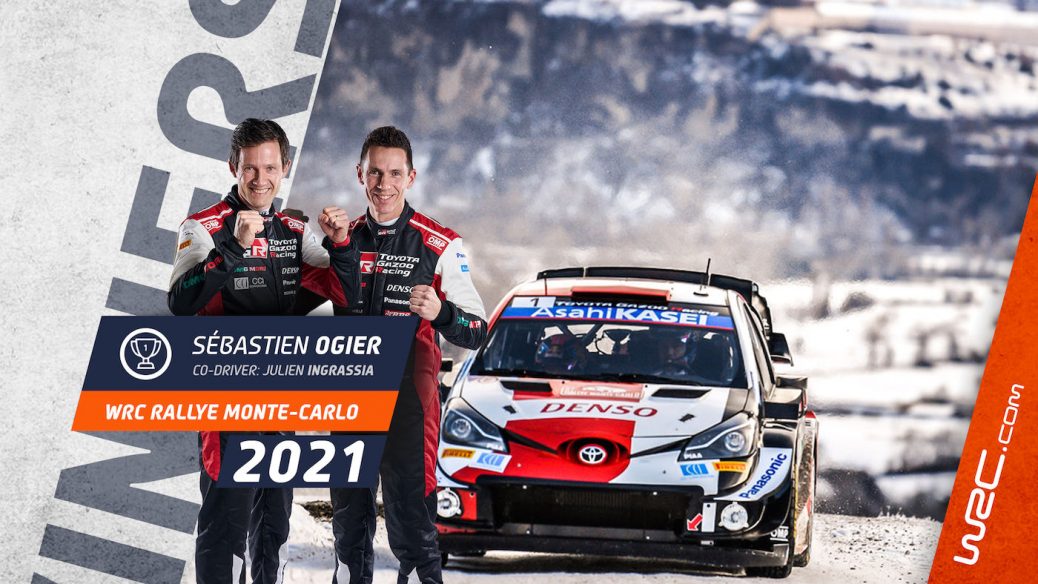 Sébastien Ogier celebrated a 50th world rally win with a record eighth victory at Rallye Monte-Carlo on Sunday afternoon. He finished the four-day event 32.6sec clear of team-mate Elfyn Evans to win the rally with a fifth different manufacturer. Last year’s victor, Thierry Neuville, finished the opening round of the FIA World Rally Championship a further 40.9sec behind in a Hyundai i20. Ogier ensured a maximum 30-point haul by winning the final live TV Wolf Power Stage to collect five bonus points. Rovanperä was second to claim four points, with Evans taking three in third. Neuville scored two points in fourth with Dani Sordo securing the final point in fifth in another i20.