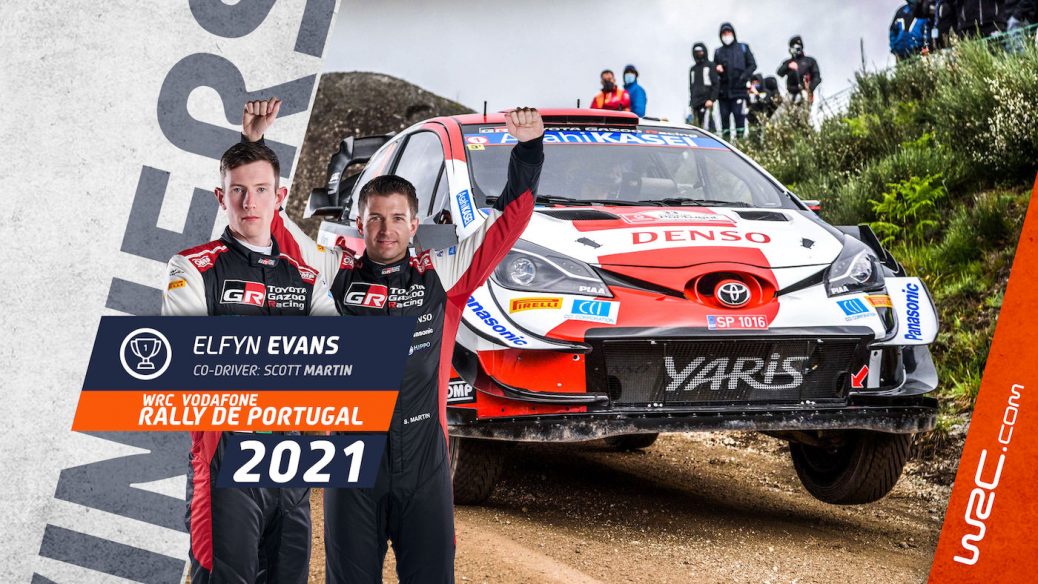 Elfyn Evans won Vodafone Rally de Portugal on Sunday afternoon to claim his fourth career victory in the FIA World Rally Championship. The Toyota Yaris driver grabbed top spot from Ott Tänak when the Estonian retired his Hyundai i20 on Saturday afternoon with smashed suspension. Ogier leads Evans by two points in the drivers’ championship after round four of 12. Ott Tänak was fastest through the Wolf Power Stage to claim five bonus points in an i20. Thierry Neuville scored four points in second in another i20, with Ogier taking three in third. Kalle Rovanperä secured two points in fourth in a Yaris with Evans bagging the final point in fifth.