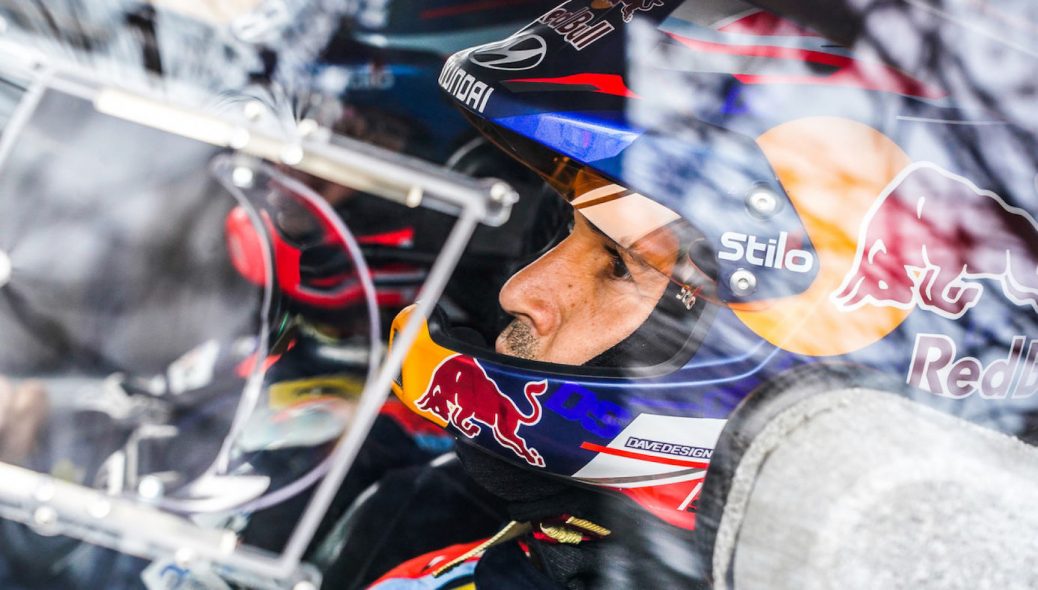 ACI Rally Monza leader Dani Sordo was hit with a late-night time penalty on Friday that promoted Esapekka Lappi back to the top of the leaderboard. Stewards of the Italian finale to the FIA World Rally Championship season handed the Spaniard a 10sec penalty for cutting a chicane during the opening leg’s final PZero Grand Prix speed test on the Monza circuit. The stewards’ decision said that the Hyundai i20 driver ‘did not follow the road book instruction’ at the chicane 2.05km after the start of the stage – a breach of the regulations. The stewards examined video evidence and heard from Hyundai Motorsport’s Alain Penasse. The decision means that Lappi starts Saturday’s second leg with a 9.0sec lead over Sordo, who is now 2.0sec ahead of third-placed Sébastien Ogier.