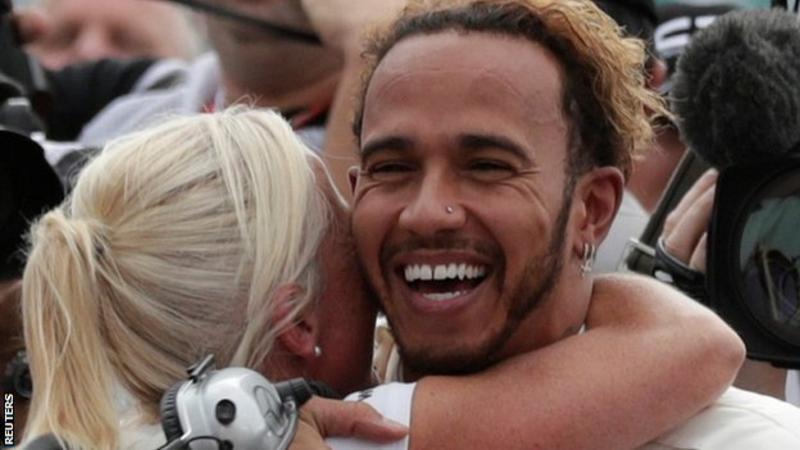 A sigh of relief and a pat on the back.
Lewis Hamilton is now a five-time world champion.
A fourth-place finish in Mexico was enough to seal the title with two races to spare, bringing his championship tally level with Argentine legend Juan Manuel Fangio.
Hamilton will now look to get back on the top of the podium in Brazil but the Briton has only won once at Interlagos in 2016, while rival Sebastian Vettel has celebrated three victories.
Red Bull’s Max Verstappen triumphed in Mexico City with a dominate display from second on the grid.