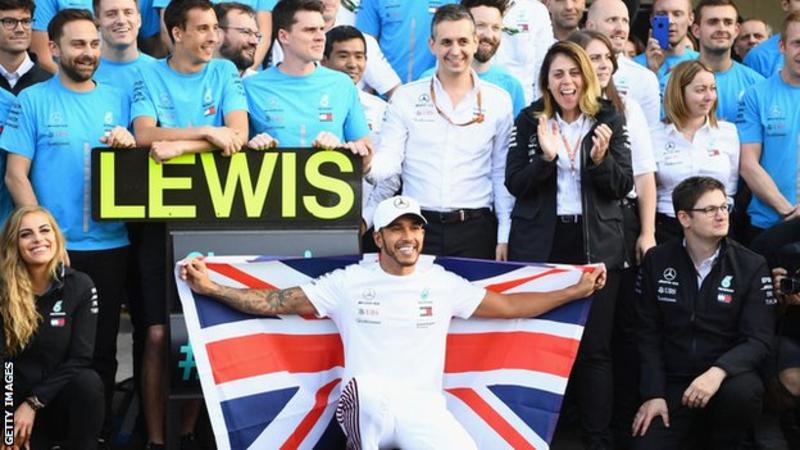 Mercedes say they have “unfinished business” at this weekend’s Brazilian Grand Prix despite Lewis Hamilton already tying up his fifth world title.
The team are determined to win the drivers’ and constructors’ championship double for the fifth consecutive year.
Brazil is the penultimate race of the season and Hamilton has said he is determined to keep winning, despite clinching the title.
In both 2015 and 2017, Hamilton failed to win another race after he had claimed the championship before the end of the season.