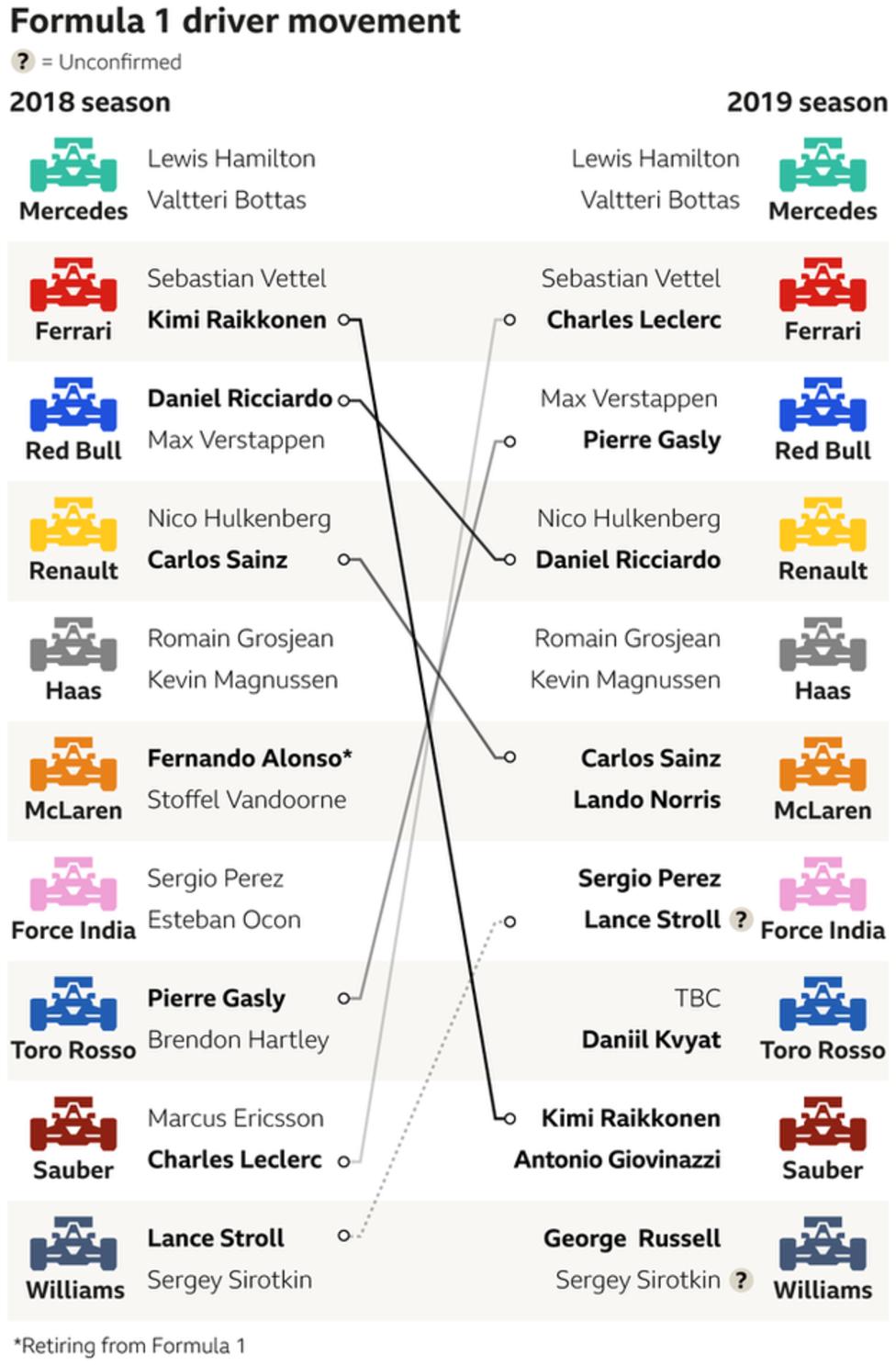 Brazilian Pietro Fittipaldi, grandson of two-time champion Emerson Fittipaldi, will be the Haas team’s test driver in 2019.
The 22-year-old will have his first taste of the Haas car at the post-season tyre test in Abu Dhabi on 27 November.
Fittipaldi has recovered from breaking both his legs in a crash at the Spa round of this year’s World Endurance Championship and did five Indycar races this summer.
Pietro Fittipaldi said he was “extremely appreciative to have secured a role with Haas”.