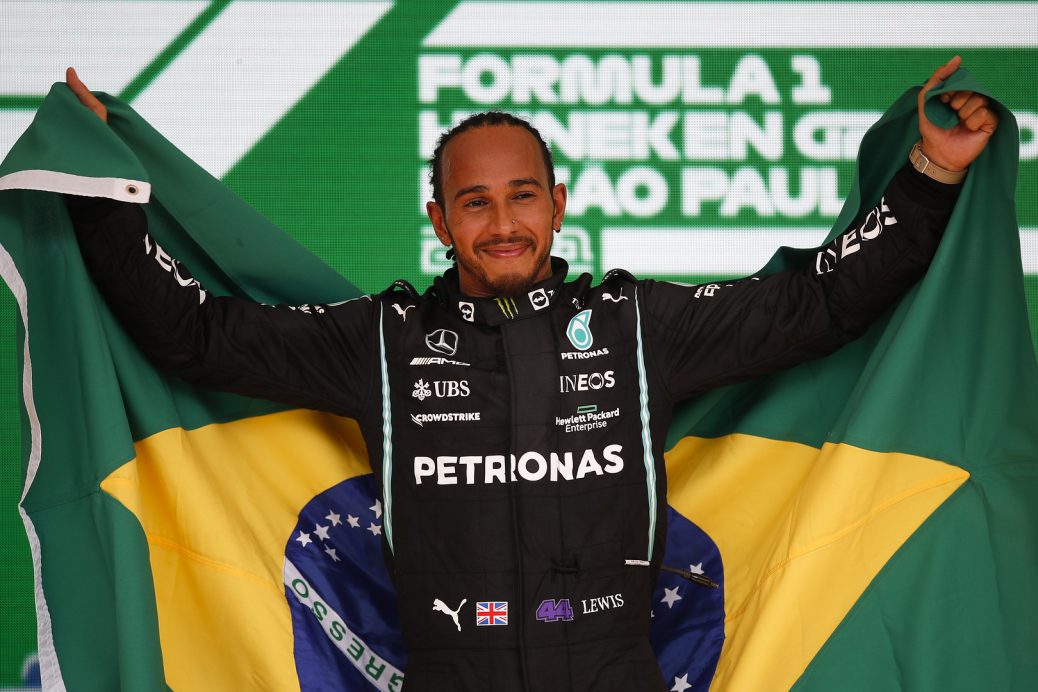 Formula 1 is in Sao Paulo for the Brazilian Grand Prix this weekend. Even with both the Drivers’ and Constructors’ World Championships done and dusted, the action on track is still breathtaking.

The Mexican Grand Prix might not have been the most exciting race of the season, but it’s great to see that the teams and drivers are still giving it their all when they head out onto the track. As we head into the penultimate race of the season, there’s a lot to keep an eye out for.

Red Bull have won nine races in a row since the French Grand Prix at the tail end of July. Max Verstappen is showing no signs of slowing down even after winning the title, and he seems to be more motivated and focused than ever. Can anyone put a stop to Red Bull’s hot streak this weekend?

The Autodromo Jose Carlos Pace is the scene for this weekend’s race. It’s a 4.309 kilometer long circuit, which makes it one of the shortest on the calendar. With undulating hills, a technical middle sector, and a long uphill straight, this circuit is one of classics.

We’re set for 71 laps of thrilling racing as 20 of the best drivers in the world fighting for victory. It’s always been a track that’s great for overtaking, as Lewis Hamilton proved last season by taking victory from 10th place on the grid.

The latest generation of cars make following much easier than before using ground effect, so we could be in for another excellent race in Brazil this year. Expect overtaking all throughout the field as the short lap and flowing corners of Interlagos provide the drivers with ample overtaking opportunity.

Ferrari and Mercedes should be strong contenders this weekend as the tight and twisty middle sector suits their cars. However, the long main straight and the run down to turn four will be dominated by the Red Bull’s superior straight line speed. It could be a close fight between the top three this weekend!

MERCEDES HUNTING FOR THEIR FIRST VICTORY

Mercedes had an arduous start to the season as they were mostly hampered by porpoising. 7 time World Champion Lewis Hamilton is still eager to get his first victory of the season, and he’s come close in the last two races. The Brit managed to steer his Mercedes to second place in both the U.S and Mexican Grands Prix. Here’s an interesting fact though: if Hamilton doesn’t win a race in 2022, it would be his first winless season since the 2001 British Formula Renault Winter Series, which was also his very first time racing in an open wheel car.

Since the technical directive was put in place to control porpoising, Mercedes have been looking much stronger. They have been let down by poor strategic decisions on several occasions, which ended up costing them victories. Nevertheless, Mercedes will be looking to capitalize on their recent run of form and finally get their long awaited victory in Brazil.

WILL FERRARI FIGHT BACK?

Ferrari have had a fast car all season, but they’ve had their crashes, strategic mistakes, and fair share of bad luck this season. Carlos Sainz and Charles Leclerc have been far from perfect, with several crashes and spins costing the team some valuable points.

So much so that they are now under threat from Mercedes, who have had a significantly inferior car for the majority of the season. Mercedes are just 40 points behind Ferrari in the Constructors’ standings, which can quickly be reduced, especially with Ferrari under increasing pressure.

Charles Leclerc has also lost second place in the Drivers’ standings to Sergio Perez, who is now five points ahead of Monegasque. The scarlet red cars need to have a stronger performance at Interlagos this weekend — and the drivers need to keep it on the track.

Alpine currently hold fourth place in the Constructors’ standings, but McLaren are just seven points behind. Daniel Ricciardo’s heroic drive in Mexico in combination with Fernando Alonso’s engine issue brought the two teams closer together in the championship.

It’s difficult to say which car will be faster this weekend, as the Interlagos circuit requires a combination of power and precision. Alpine have excellent straight line speed, but if McLaren can hook up the snaking middle sector, they’re in with a chance of beating the French team.

While they might only be fighting for fourth place, the competition will still be fierce. Prize money is awarded to the teams based on their results in the Constructors’ championship, and there’s a significant difference in prize money between fourth and fifth place.

Love it or hate it, F1 Sprint is back this weekend. That means Qualifying takes place on Friday afternoon, and the Sprint race will start on Saturday afternoon. Just like last year, we expect some exciting racing in both the Sprint and the main race.

With additional points up for grabs, drivers will be going all out in the Sprint and the main race to score as much as they can. The likes of Mercedes, Alpine, and McLaren could be going for a more aggressive strategy on Saturday afternoon.

The Brazilian Grand Prix is always one of those races where the weather plays a role in the outcome of the race. We often see mixed weather conditions at Interlagos, and this year looks no different.

The current weather forecast shows an 80% chance of rain for Saturday and Sunday, which would make both the Sprint and the main race interesting. When it rains at Interlagos, the races can become chaotic very quickly. We’ve seen Nico Hulkenburg take pole position in a Williams, Vettel win the championship from last place in a damaged car, and even Lewis Hamilton winning his first World Championship on the final lap.

If it does start to rain during the race, we could see an unexpected driver stepping up onto the podium on Sunday.