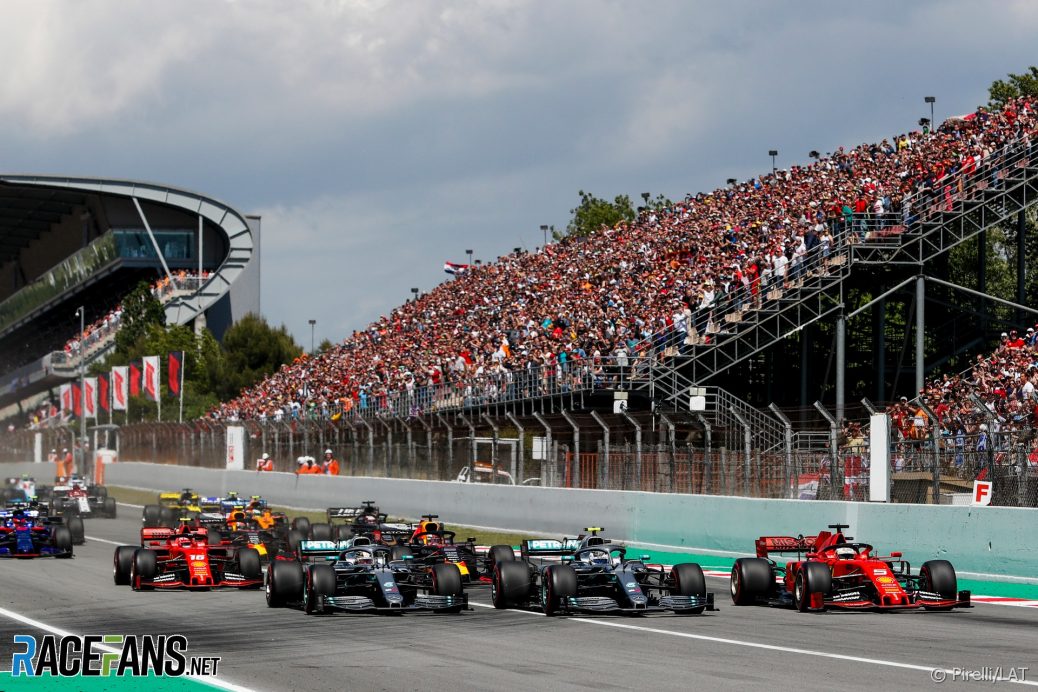 Valtteri Bottas says the clutch he used at the Spanish Grand Prix, where a poor start cost him the lead of the race, won’t be fitted to his car again.
having qualified on pole position Bottas was passed at the start of the race by team mate Lewis Hamilton, who went on to win.
Bottas blamed a clutch “oscillation” for his slow getaway.
But speaking in today’s FIA press conference Bottas the team had investigated the problem and decided not to continue using the clutch from the race.
“Hopefully it won’t happen again, and we’ll move on.”