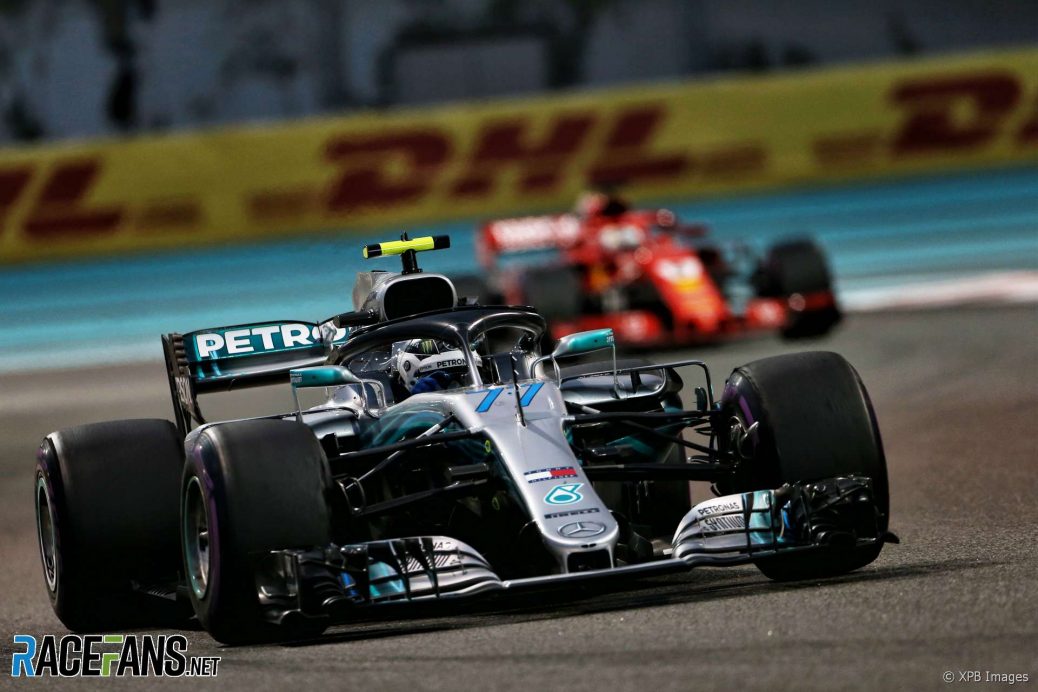 A dejected Valtteri Bottas says he was just waiting for the season to end over the final laps of the Abu Dhabi Grand Prix.
Bottas said his final race of the year reflected a season which began promisingly but ended in disappointment.
Valtteri Bottas: “I think overall the race sums up the season quite well: started off quite well and then everything turns to shit.”
Bottas also damaged his floor when he and Verstappen made contact, but he dismissed the collision as a racing incident.