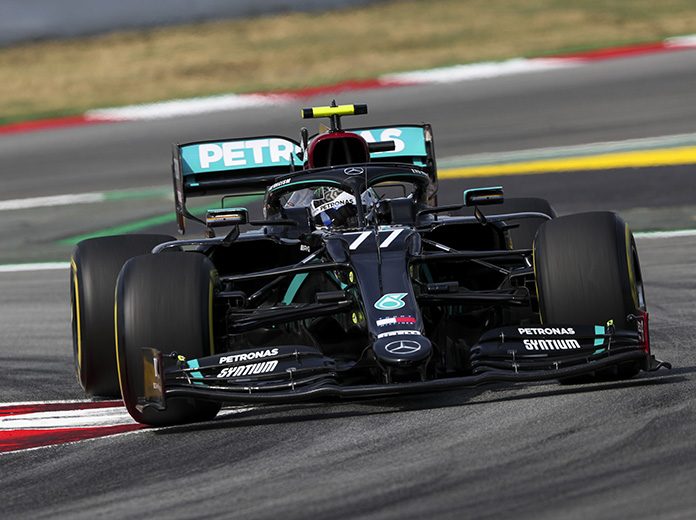 BARCELONA, Spain – Valtteri Bottas put down the fastest lap of the day for Mercedes during the opening day of practice for the Spanish Grand Prix at Circuit de Barcelona-Catalunya Friday. Bottas led the way thanks to his time from the opening practice, a 1:16.785. He fell to second fastest behind Hamilton during the second practice, but Hamilton wasn’t able to top Bottas’ quick lap from the opening session and settled for second overall. Bottas said the high temperatures Friday made practice even more of a challenge than usual. It’s been a positive day, particularly the second session which went better for me.