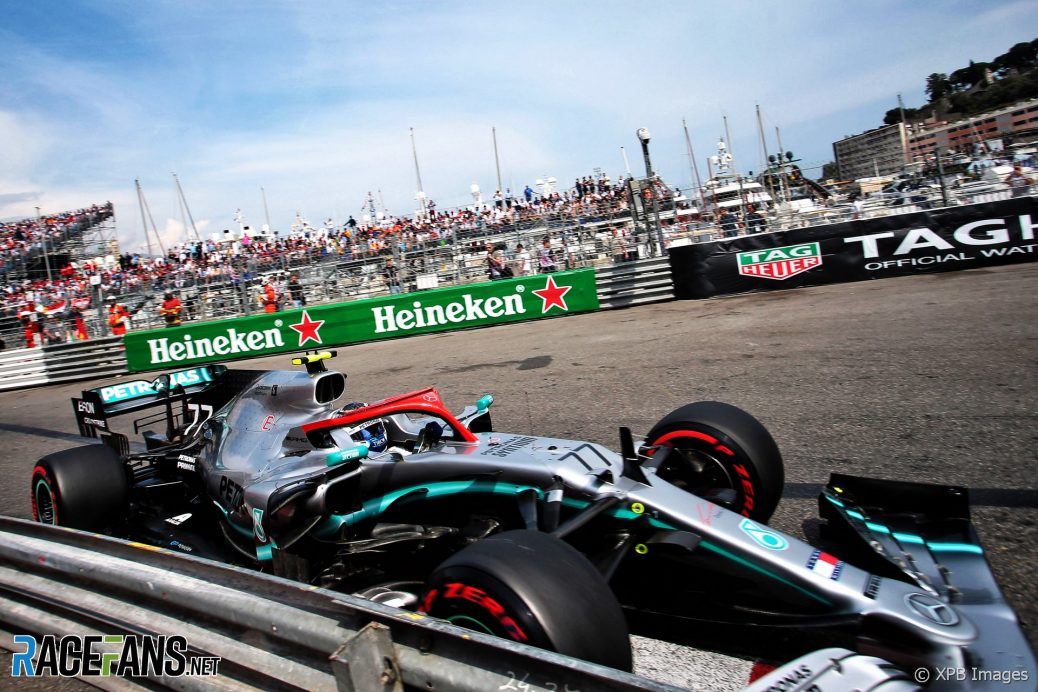 Valtteri Bottas says his final bid for pole position in the Monaco Grand Prix was thwarted by low tyre temperatures due to traffic on his out-lap.
The Mercedes driver was quickest after the first runs in Q3, but lost pole to his team mate Lewis Hamilton after his final run.
“The issue was the traffic on the out-lap,” Valtteri Bottas explained after qualifying second.
Valtteri Bottas: “There was a lot of cars I had to stuck behind and then pass off-line and I got a bit of dust on the tyres.”
At the last round Bottas started from pole position but was passed by Hamilton before the first corner.