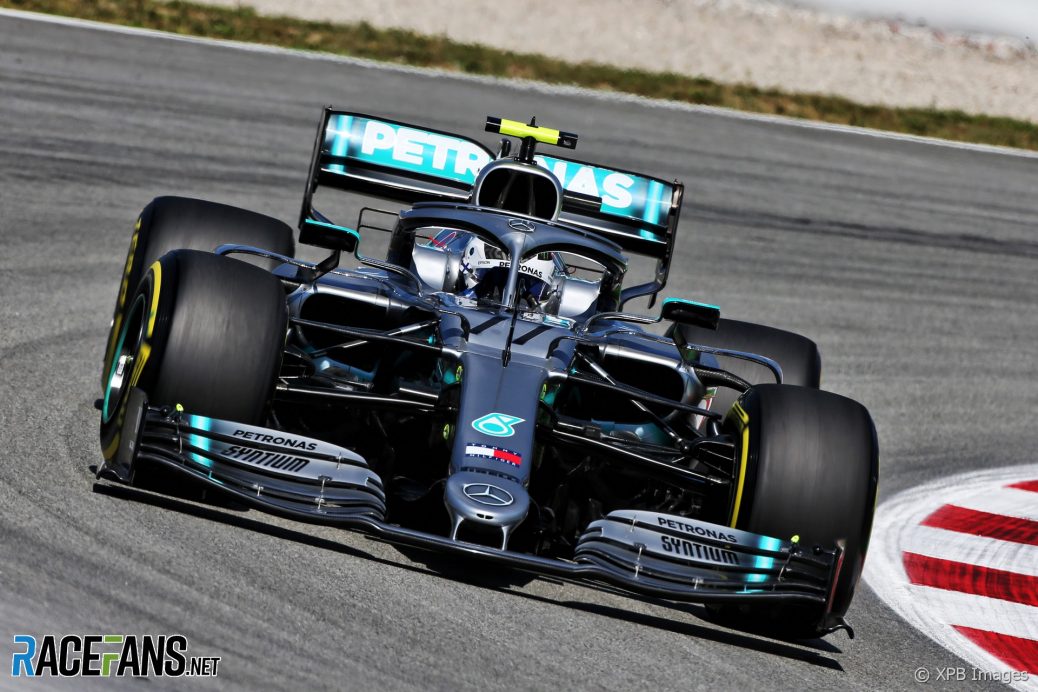 Championship leader Valtteri Bottas began the Spanish Grand Prix on top for Mercedes, setting the fastest time in first practice.
He used a set of soft tyres to set a best time of 1’17.951, the only driver to lap the Circuit de Catalunya in under 78 seconds.
Lewis Hamilton, who lapped six-tenths of a second slower than his team mate, both cars running in the same configuration, said his soft rubber was expiring after just two laps.
Max Verstappen, who was badly held up by Bottas at the end of one lap, also suffered technical problems on his car.
Browse all 2019 Spanish Grand Prix articles.