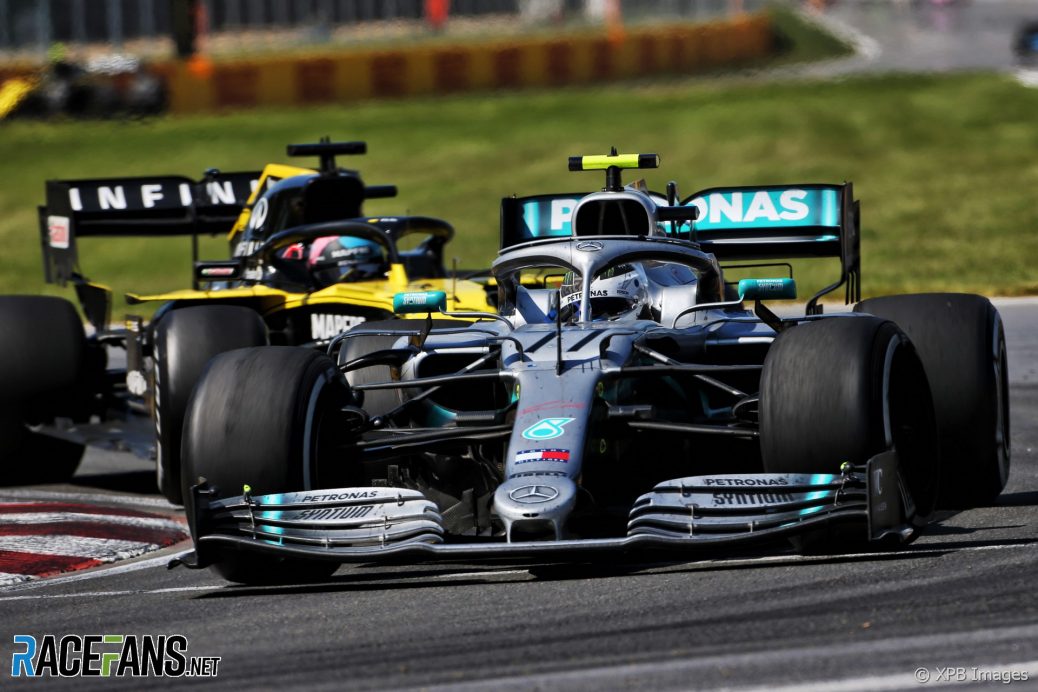 Valtteri Bottas described the Canadian Grand Prix as a “wake-up call” after losing ground in the championship fight.
Though he said it hadn’t been a particularly “difficult” weekend, Bottas admitted the error during qualifying which left him sixth on the grid spoiled the race for him.
Lewis Hamilton: “I can’t afford these kind of weekends if I’m going to fight for the title.”
Lewis Hamilton: “Maybe a bit of a wake-up call again, for sure I can always learn from that.”
Valtteri Bottas: “[Sunday] was a degree or two warmer than everyone maybe thought it was going to be.”