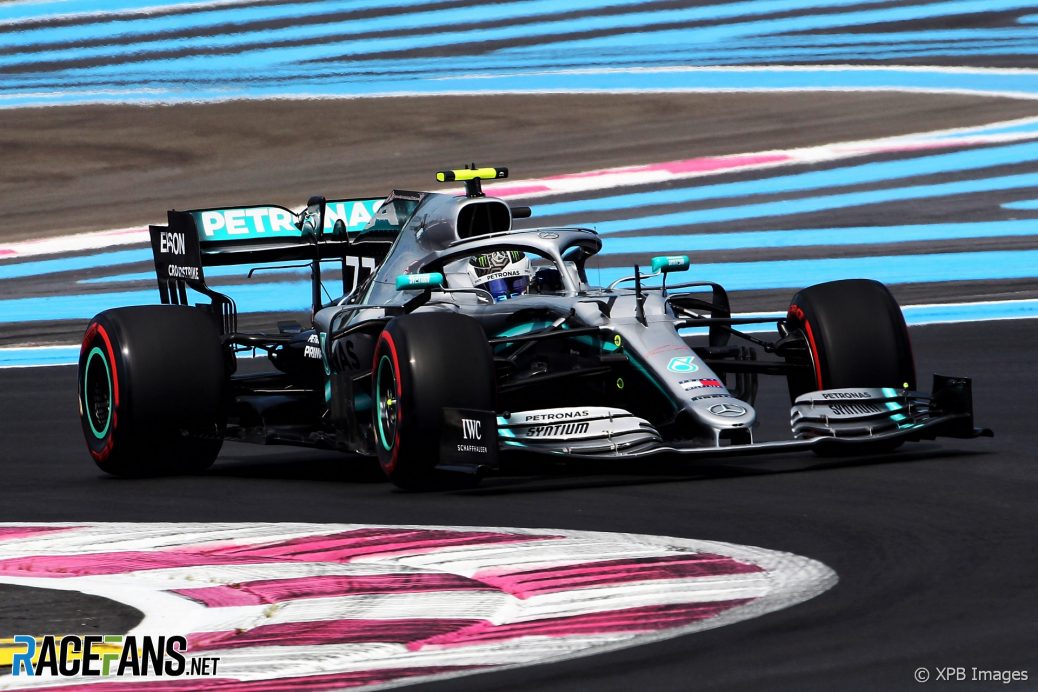 Valtteri Bottas narrowly beat Mercedes team mate Lewis Hamilton to the fastest time in the final practice session for the French Grand Prix.
On another hot day at Paul Ricard,with track temperatures rising past 50C, Mercedes were seldom headed during the final hour of running.
There was little to choose between their two drivers, however: Hamilton was just four-hundredths of a second slower than Bottas, and his combined best sector times were fractionally quicker.
Hulkenberg was told he had “two-tenths in hand” which would “put you P8, equivalent to where Danny is”.
Browse all 2019 French Grand Prix articles.