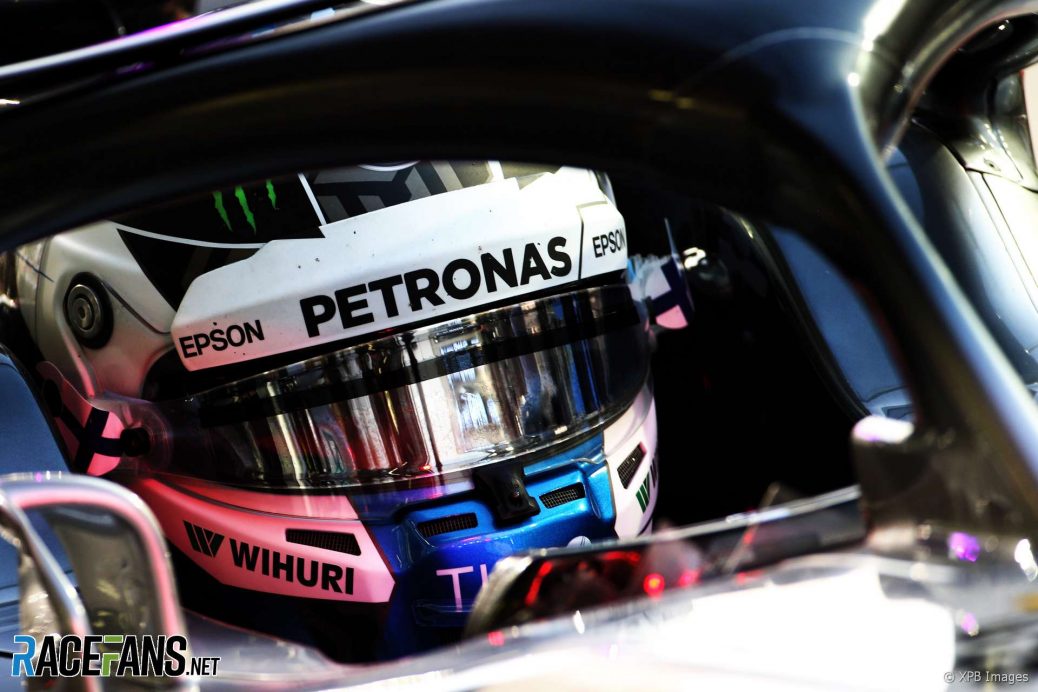 Last year’s Abu Dhabi Grand Prix winner Valtteri Bottas headed the second practice session today for Mercedes but there was little to choose between the top teams.
Bottas was less than five-hundredths of a second faster than Max Verstappen after their qualifying simulation runs on the hyper-soft tyres.
Ricciardo backed up his team mate in third place, just under two-tenths off Bottas.
Fifth-placed Kimi Raikkonen was just three-hundredths of a second off Ricciardo, meaning just 0.225s covered the top three teams.
Browse all 2018 Abu Dhabi Grand Prix articles.